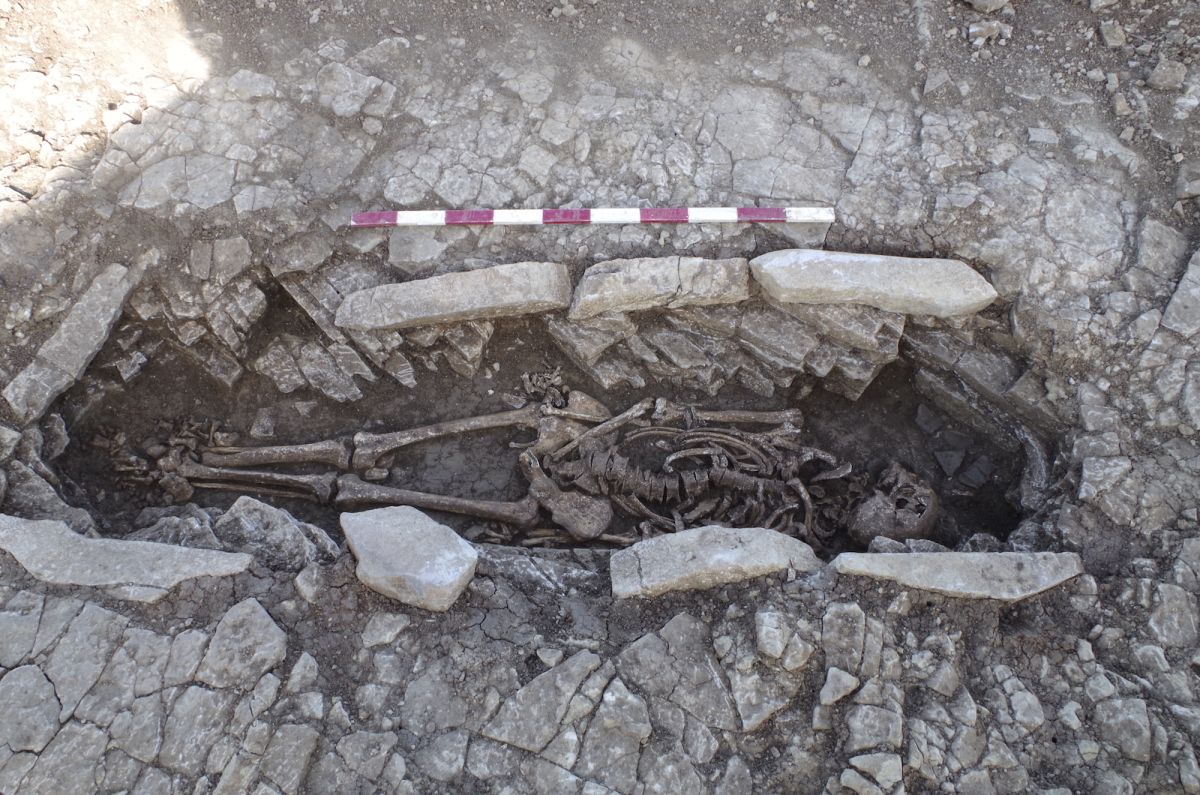 Archaeologists have discovered what the tombs of 50 enslaved workers who worked in an elite Roman villa just under 2,000 years ago in today’s southern England could be.

These burials date back to the Roman period in the United Kingdom, from 43 AD. to 410 A.D. about. Many of the deceased were buried with grave goods, such as pottery and pins, in what is now Somerset, a county in south-west England.

“It is relatively rare to excavate this number of Roman burials in our region, but in particular, in this case, we are very confident that all the burials are people who have worked in a Roman villa,” said Steve Membery, a historical environment of high official level of the South West Heritage Trust in the United Kingdom, which supervised the archaeological excavation.

These workers probably weren’t paid for their work, he noted.

“They are most likely domestic workers, farm workers and many may have been technically slaves,” Membery told Live Science in an email. “So this is a rare opportunity to study a sample of a community.”

That community appears to be a culture originating in the area and seems to have combined the burial practices of the Iron Age and the Roman era. Membery added that some of the buried people probably had high status within their community. For example, an elderly woman buried with her head on a pillow in a coffin-like stone box (known as a cyst) was probably an important person, she said.

Archaeologists also found small nails at the foot of the burials, indicating that many people had been put to rest with leather boots, according to The Guardian.

“Burials also show early adoption of Roman burial practices, such as offerings, alongside traditionally Iron Age characteristics,” Membery said in a statement. They were likely to be British individuals who started following the customs of the Roman invaders, but DNA tests will be needed to support that idea, Membery noted.

Archaeologists found burials while patrolling the area before building a new school. The tombs were excavated in the rocky substrate, many of which with upper and lower parts covered with flat stones to create a coffin. Some tombs had tent stone roofs, which are less common for this area, Membery said.

Archaeologists have also found traces of round-shaped houses from the Iron Age and a Roman building in the area. The villa itself has not yet been found, but an annex and barn that could be part of it have been discovered, according to The Guardian.

During the excavation, Wessex Archeology researchers found a number of treasures, including vases placed next to the heads of most of the deceased. These vessels were likely to be offered, Membery said.

In addition, the team found coins in the likeness of the Roman emperor Vespasian (who reigned from 69 to 79 AD), carved bone that was once probably part of a knife handle and an unusual weight of lead that was probably part of an instrument of survey called a groma, which is similar to a sextant.

“This site is a significant discovery – the most complete modern excavation of a Roman cemetery in Somerset,” said Membery.