a new study suggests that two meters are not enough 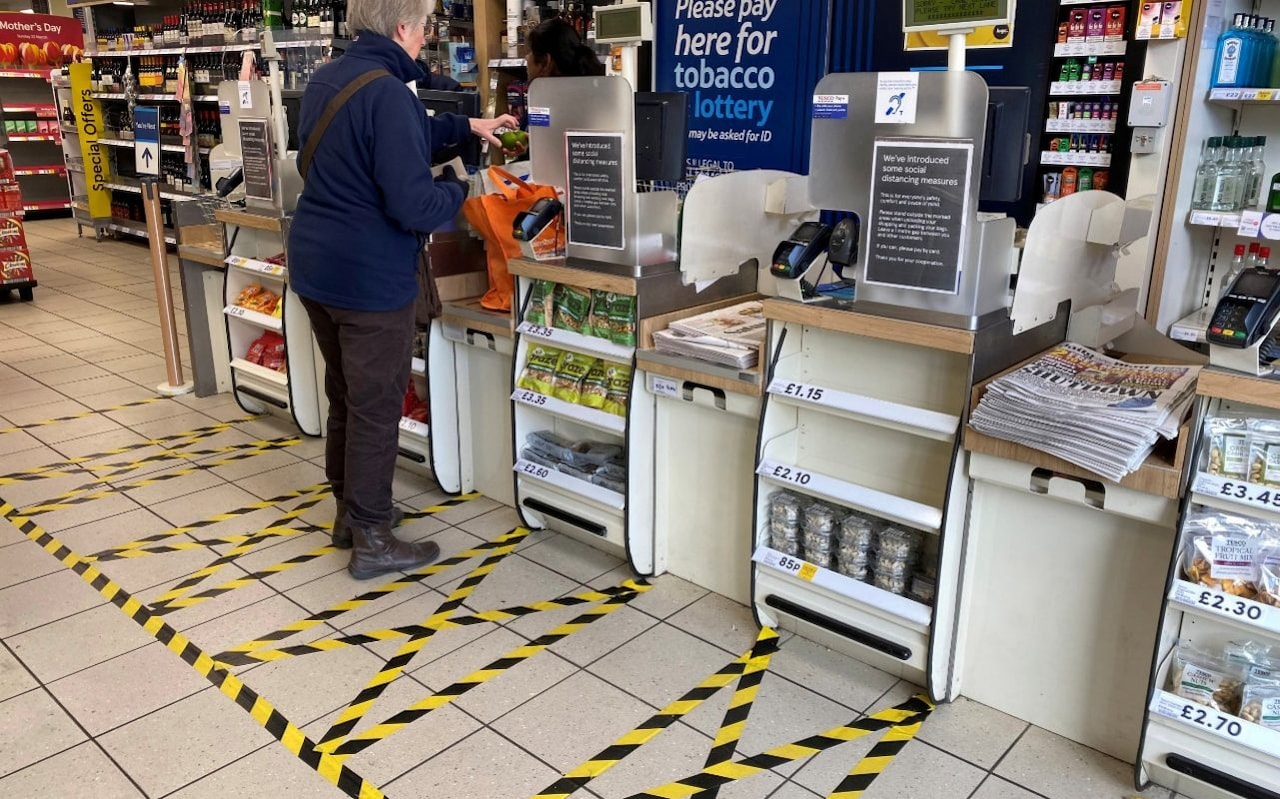 The two-meter social spacing rule used to separate people may need to be four times larger to prevent the spread of coronavirus, suggests a new study from the Massachusetts Institute of Technology (MIT).

Currently, people are being asked to keep a distance of around 6 feet 6 inches when they are out in the community and many supermarkets have now blocked tape lines on the floor to ensure adequate separation between shoppers during the queue.

But MIT’s new analysis has found that viral droplets expelled in coughing and sneezing can travel in a warm, humid atmosphere at speeds of 33 feet to 100 feet per second (10 sq m to 30 sq m), creating a cloud that it can extend from about 23 feet to 27 feet (seven meters to eight meters).

The researchers also warned that the droplets can remain suspended in the air for hours, moving along the airflow patterns imposed by ventilation or air conditioning systems.

Virus particles have already been found in the ventilation systems of hospital rooms of patients with coronaviruses, which according to the MIT team could have been carried on “turbulent clouds” of air.

Scientists said the research has implications for both the public and healthcare professionals, who may not realize that they have to wear personal protective equipment (PPE) even when they are not in the immediate vicinity of an infected patient.

Writing in the Journal of the American Medical Association (Jama), the authors said that current distance guidelines may be too short. “These distances are based on flow estimates that have not considered the possible presence of a high momentum cloud that carries droplets over long distances.

“Given the turbulent dynamic pattern of puff cloud, the recommendations for separations from three feet to six feet can underestimate the distance, timing and persistence on which the cloud and its pathogenic load travel , thus generating a potential unappreciated gamma exposure for a healthcare professional.

“For these and other reasons, wearing appropriate personal protective equipment is vital for healthcare professionals looking after patients who can become infected, even if they are more than a meter away from a patient.”

A separate study in the same journal by Chinese researchers has also shown that the virus can survive well in the hot and humid conditions of a swimming bath.

It was hoped that when the weather warmed up, the coronavirus could disappear, which is usually what happens with seasonal flu. But the new study suggests that this may not happen.

Nanjing Medical University in China found that after an infected man visited a bathroom in the city of Huai’an, about 435 miles north-east of Wuhan, eight people who used the swimming pool contracted coronavirus in the following days. .

“Previous studies have shown that a virus’s transmission speed is significantly weakened in an environment with high temperatures and humidity,” wrote author Dr. Qilong Wang.

“However, judging from the results of this study, transmissibility showed no signs of weakening in hot and humid conditions.”