Aer Lingus takes delivery of the final Airbus A330-300 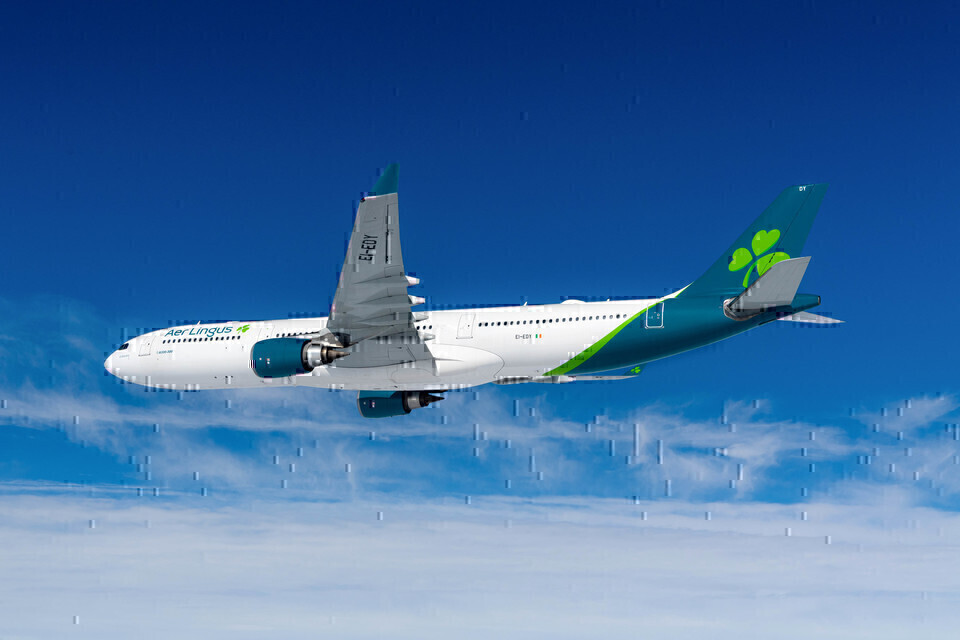 Dublin-based Irish airline Aer Lingus took delivery of Airbus A330-300 yesterday. Sporting the new livery and the logo of the Irish airline, the plane registered as EI-EIN took off from Toulouse on Friday afternoon in the direction of Dublin International Airport (DUB).

The new arrival in the long-haul fleet of the IAG-owned carrier brings its total number of A330-300 aircraft to 11.

According to an Aer Lingus press release in November, the four-star winner of the Skytrax World Airline said that by summer 2020, it would increase capacity on its transatlantic flights.

On the west coast of the United States, flights from Dublin to Seattle-Tacoma International Airport (SEA) will go from five times a week to a daily summer time service.

In addition to the new A330-300 of Irish carriers, Aer Lingus has other fleet adjustments on the way. This year it will replace its Boeing 757 fleet in favor of the much more efficient Airbus A321neo LR.

“Transatlantic growth continues to be our priority, and this is taking place in 2020 with the greatest frequency and capacity on many routes directed from Dublin. This not only strengthens Ireland’s connectivity with the United States, but creates a larger and more efficient connection via Dublin for our neighbors in the UK and Europe. “

At a time when other airlines around the world such as TAP Portugal and Etihad are getting rid of their more efficient A330-330 and A330-200 for A330neos and A350, it is curious to know why Aer Lingus would want a new A330-300 less who got a bad deal from the European planemaker when the order was made some time in 2018.

Airbus also knows that the new A330neo blows the A330-300 out of the water when it comes to cost per seat. That’s why EI-EIN will be the last aircraft of its type ever built.

For all of us interested in aviation, it is easy to understand where the Airbus A321neo LR is located in the Aer Lingus playbook for North America. Automatically replaces existing Boeing 757 routes while opening new routes that currently do not have direct flights to the Emerald Isle.

The importance of the American market for Aer Lingus

Between 1820 and 1930, approximately 4.5 million Irish emigrated to America. There are now 33 million Americans claiming Irish origins – or just over 10%.

Due to these numbers, the United States will always be Aer Lingus’ bread and butter destinations, which must have a solid plan for their newly delivered Airbus A330-300.

It is possible that the airline needed extra capacity sooner and later and Airbus had production of the A330-300 available, not leaving Aer Lingus waiting for an A330neo.

Why do you think Aer Lingus chose to take the latest Airbus A330-300? We would love to read what you have to say in the comments section!

2020-02-29
Previous Post: The tennis courts are likely to flood again when Storm Jorge hits Gloucestershire
Next Post: New insights into how fluids transform from order to disorder