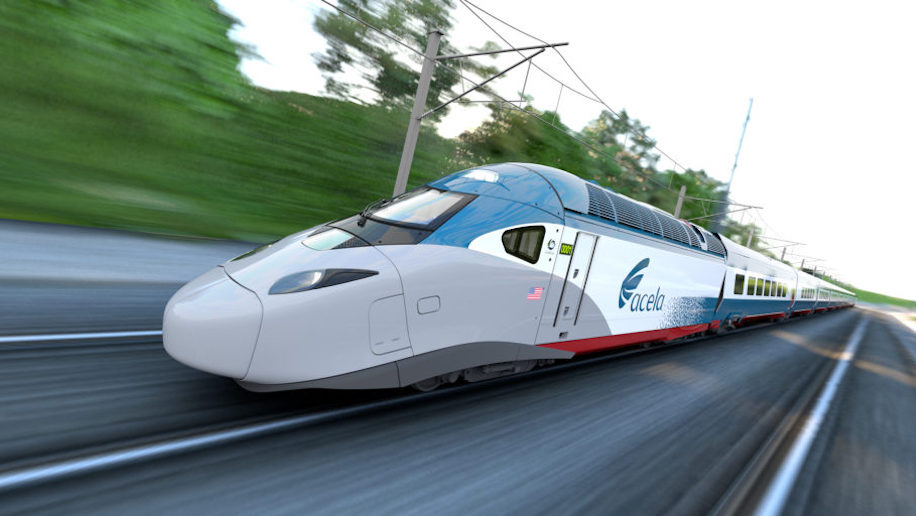 Amtrak is transporting its new Acela trains to the Transportation Technology Center near Pueblo, Colorado, for dynamic tests before entering service in 2021.

The train travels from Buffalo, to La Junta, Colorado, via Chicago, between February 17 and February 19: the first opportunity for the public to see the new equipment.

The first completed convoy assembled by Alstrom in New York state will be tested on brakes, rail dynamics, tilt, traction and other safety and performance metrics. The tests will last about nine months, after which the interiors of the trains will be installed.

“Amtrak is proud to celebrate this important milestone for the new Acela fleet program, as we are bringing customers closer to the benefits of these new trains,” said Amtrak President and CEO Richard Anderson.

“With Acela’s high demand for travel continuing to grow, we will test trains to ensure customers safe and reliable service with modern services when these trains enter service next year.”

The new Acela trains are intended for service on the crowded route of the Amtrak northeast corridor between Boston and Washington DC. A second convoy has already been completed and a third is expected later this year. Amtrak has ordered 28 new Acela trains in total.

The number of Acela pilots increased by 4.3% in 2019, reaching 3.5 million pilots of the year. The new trains welcome around 25% more customers and have improved wifi, sockets with USB ports and adjustable reading lights, among other features.