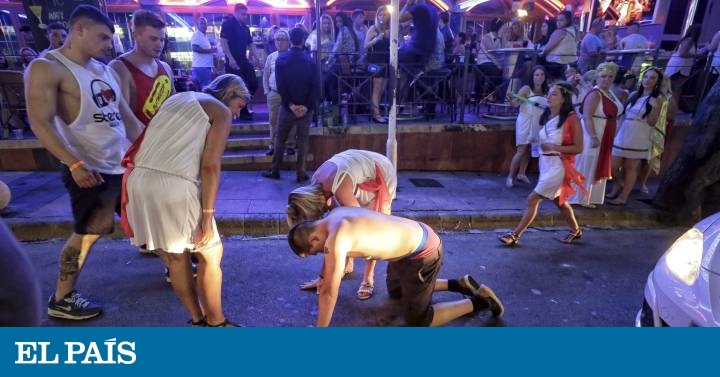 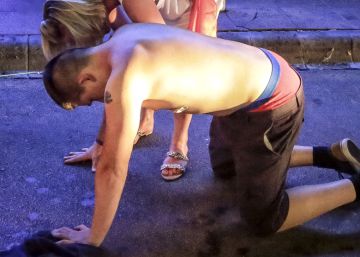 The regional government of the Spanish Balearic Islands passed a law on Friday that represses the so-called “tourism of alcoholic beverages”, in which visitors are encouraged to drink alcohol. The new regulation aims to end bar crawls, 2×1 parties, happy hours and free drinks that are typically offered in the popular holiday destination, making it illegal to promote or sell these activities to tourists. The new regulation also prohibits alcohol from being sold in night stores, which will now have to close between 9.30pm and 8am. The restrictions, however, only apply to the most famous party spots on the islands of Palma de Mallorca and Ibiza: Magaluf, Arenal de Palma and Sant Antoni de Portmany.

Regional government of the Balearics

According to a regional government press release, “it is the first law in Europe that restricts the promotion and sale of alcohol in fixed tourist areas.” Spokesmen for the government of the Balearic Islands agree that “this law could also have major repercussions outside of Spain.”

The law also applies to so-called balconing, a term that refers to usually drunk tourists who jump from balcony to balcony in their hotels or attempt to jump from great heights into swimming pools. The practice cost the lives of many foreign tourists in Spain. According to the regulation, hotels must remove all captured balconies from their facilities. In this case, the rule applies to the whole region. “Serious misconduct will be considered, both by those who practice it and by those who allow it,” says the law.

The head of regional tourism, Iago Negueruela, says that the law is a positive step forward. “We are looking for a sustainable tourism model and want to improve relations between tourists and residents,” he said.

The regulation prohibits organizing or advertising drinking tours to reduce the behavior of drunks in Palma de Mallorca and Ibiza. Although tourists will not be banned from organizing their own pub crawls, they will not be able to buy alcohol as before in night-time establishments, nor will they be offered free drinks or other similar promotions. In addition, a fixed price will be set for alcohol to block “all types of offers,” said Neguerela.

Companies could face fines of up to € 600,000 or be closed for three years for breaking the new law

The law also breaks on party boats, which invite cruise guests who involve large quantities of alcohol. Under the new rules, these companies will be prohibited from publishing advertisements in Magaluf, Arenal de Palma and Sant Antoni de Portmany and collecting and leaving customers from these places. The regional government has also suspended the granting of new alcohol licenses to party boats.

Companies could face fines of between € 1,000 and € 600,000 or be closed for up to three years for violating the new law. The law was put together following in-depth talks with the tourism sector, as well as with the municipalities that highlighted the problems related to the tourism of alcoholic beverages. “Attracting excess tourism is counterproductive for the whole sector, which is why there are areas where hotel owners are changing what they offer to attract a different type of tourist”, José Luis Zoreda, vice president of the Spanish tourist lobby Exceltur, he said recently.

While the law currently only applies to Magaluf, Arenal de Palma and Sant Antoni de Portmany (with the exception of the rules on balconies), Negueruela is open to extending the rules to other areas. More than 13 million foreign tourists visit the Balearic Islands every year.

2020-01-17
Previous Post: The photos of the 90s by Brad Pitt and Leonardo DiCaprio are a blast from the past
Next Post: Nationstar Mortgage against Kasuba | Legal notices