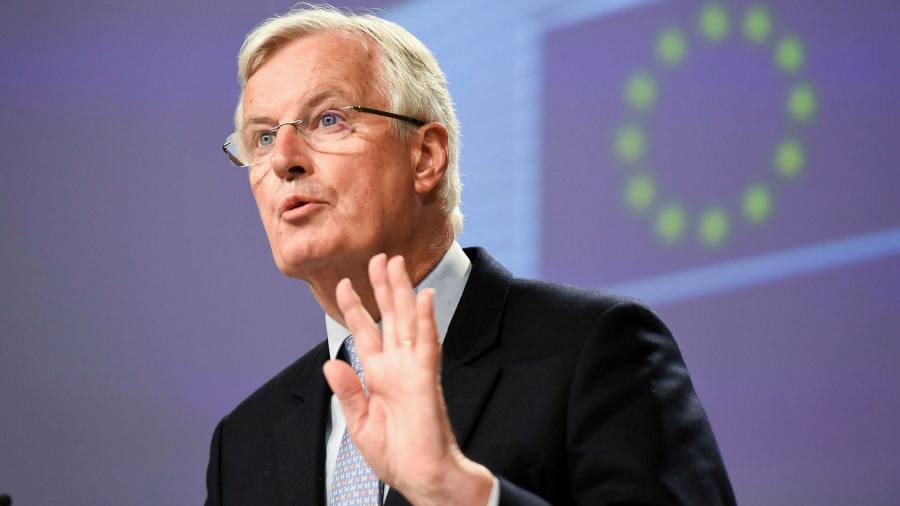 The EU’s main Brexit negotiator has rejected British proposals to facilitate the access of the City of London to European customers, warning that both sides should prepare for “big changes” from the beginning of next year.

Speaking at a meeting of lobbyists for the financial sector, Michel Barnier said that Britain has made “unacceptable” proposals to maintain the EU’s free movement rights for its financial services professionals and limit the regulatory room for regulatory Brussels.

“He wants to ban residency requirements for senior managers and boards of directors to ensure that all essential functions remain in London,” Barnier said in a video. “He wants service providers to be almost completely free to fly in and out for short-term stays.”

Warning that “the UK cannot maintain the benefits of the single market without its obligations”, Barnier said that “there is no way” that proposals will be accepted by EU national governments or the European Parliament.

“We have to look beyond short-term adaptation and fragmentation costs for our long-term interests,” he said, urging companies to prepare for the end of the post Brexit transition period in Britain on December 31, when the country will leave the single European market and customs union.

We will only ensure equivalence in areas where it is clearly in the EU interest: our financial stability, our investors and our consumers

Mr Barnier’s comments reflect how tensions over the future role of the city have infected talks between the two sides on future relations despite the fact that it is formally outside the scope of the negotiations.

Future market access rights for UK financial companies will be determined unilaterally by Brussels, using a process known as “equivalence” which involves deciding whether UK regulation is as tough as that in the EU. Under the system, access is fully guaranteed by the EU and can be revoked in a short time if circumstances change.

The EU and the UK agreed last year to try to complete parallel equivalence assessments of their respective standards by June 30, but missed the deadline with both sides blaming the other.

Barnier said that the focus on equivalence did not prevent Britain from trying separately to secure certain rights through the two parties’ negotiations on trade in services.

Brussels-specific complaints, he said, included that Britain was seeking to “limit the scope” of a standard provision in trade agreements that allows both sides to adopt the trade restrictions they deem necessary to protect financial stability.

He also said that Britain is also trying to tamper with the unilateral nature of equivalence decisions, “attempting to frame the EU process” to withdraw access rights and “transform our unilateral decisions into jointly managed decisions”.

Business groups in both the EU and the UK have asked for as much clarity as possible about the new deals, warning that the interruption and uncertainty will increase costs, but Barnier has warned that this goal has been compromised by Britain’s determination to break the rules of the EU.

EU equivalency assessments “must be forward-looking, given the publicly stated intention of the UK to diverge from EU rules after January 1,” he said. “We will only ensure equivalence in areas where it is clearly in the interest of the EU: our financial stability, our investors and our consumers.”

He also said that, unlike belonging to the single market, equivalence was not a global system and that key sectors such as insurance, bank lending and deposit taking would not be covered.

For these activities, UK-based companies should either set up regulated offices in the EU or request authorization from national authorities to market their services.