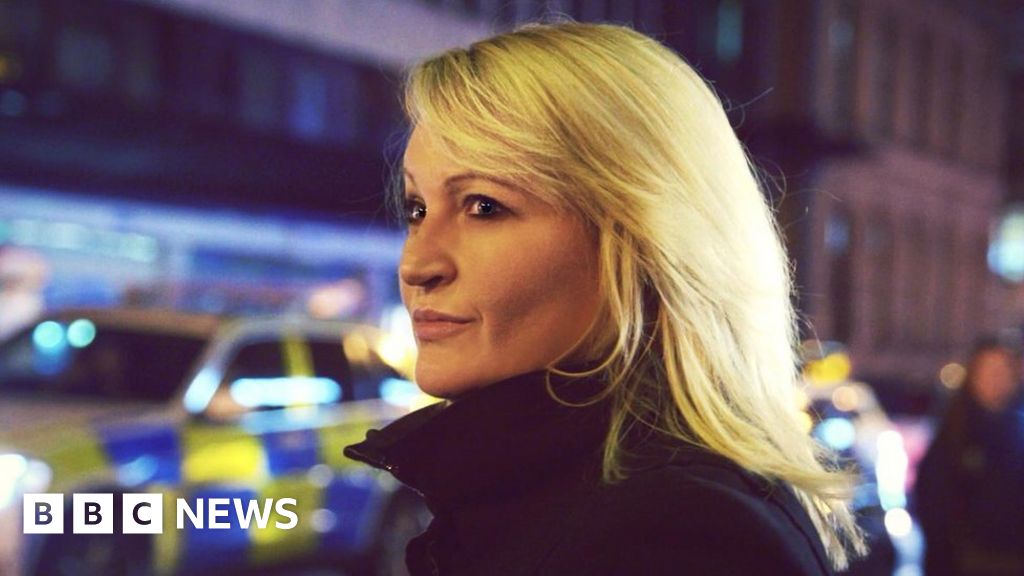 For much of his professional life, Sam Poling spent time in the company of gangs of counterfeit cigarettes, cocaine traffickers and convicted killers while he was undercover.

The 46-year-old BBC investigative journalist has remained calm in high-pressure situations and has often overseen her work.

“Showing any sign of weakness will never work,” he said.

This is in part the reason why she never spoke publicly about living with a chronic condition that sometimes left her on her knees crying in pain.

Endometriosis affects one in 10 women in the UK – Sam has lived with her since she was a girl, only talking to friends and relatives.

Now, as first reported in The Scottish Sun, he has publicly shared his story in the footsteps of BBC colleague Fiona Stalker – a person who has suffered who has raised awareness of the condition.

“Fiona was brave enough to speak – and I spent all my time asking people to talk to me in my job,” said Sam.

“You spend so many years in pain and you don’t think you become numb.”

The condition means that cells like those in the lining of the uterus (uterus) are found in other parts of the body.

Each month these cells react in the same way as those inside the uterus: they accumulate, break and bleed, but without the possibility of escape.

Painful periods are just one of the potential symptoms, which can also include pain during sex, heavy, prolonged or irregular periods, pain in passing urine, irritable bowel symptoms, back and leg pain, fatigue, infertility and depression . Surgery can also cause adhesions, which are bands of scar tissue that can bind two organs together.

Since some symptoms are shared by other diseases, the diagnosis is very difficult. On average it takes more than seven years between a woman who sees a doctor for the first time about their symptoms and receives a firm diagnosis.

The cause is unknown and there is no definitive cure.

Sam is best known for investigating the BBC’s Panorama and Disclosure – most recently his work on the documentary Who Killed Emma? he won the Current Nations and Regions Affairs award at the annual RTS ceremony.

Many of his colleagues had no idea of ​​the pain he experiences, not only during a period, but for three out of four weeks every month.

The condition first surfaced when Sam was 12 years old, but was not diagnosed until he was 30.

It describes the feeling as “the worst pain you can imagine deep in your body” – and has often walked doubled in pain.

Surgeons who failed to find the cause through operations said it was “dramatic”.

“When I was growing up, I just thought that being on your hands and knees crying on the floor every month was normal,” he said.

“Every time I went to the doctor or complained I was told that I had a low pain threshold – that I was making up my mind to go to school or college.

“This is the story of so many women, you realize that you are lying and it has been for a long time because it takes so long to get a diagnosis.”

The procedure is unpleasant and causes almost immediate symptoms including hot flashes and memory loss.

Doctors have repeatedly recommended that she receive a hysterectomy, which does not guarantee the end of the pain.

He said, “Not being able to remember the day, who I am interviewing or the questions I am asking and having a constant battle with yourself because you don’t want to say ‘I am fighting’ – this is my problem.

“When you spend years being demeaned, humiliated, embarrassed, ignored and fired by people who were supposed to help you at that moment, you learn to shut up.”

In the past, Sam has been able to console herself in supporting her closest colleagues.

Welcomes the news that BBC Scotland has now become a friend of endometriosis.

The scheme – managed by the Endometriosis UK charity – allows employers to better support women with this condition by educating staff, breaking stigmas and encouraging practical adjustments in working life.

An Endometriosis UK spokesman said: “With female employment rates higher than ever and endometriosis costing the British economy £ 8.2 billion a year in loss of jobs, care and health care costs, the endometriosis is a condition that employers cannot afford to ignore. “

The charity recently interviewed around 2,000 people in the UK about awareness – less than half of the people who asked in Scotland knew what endometriosis is.

MEPs have launched an investigation into women’s endometriosis experiences following recent BBC research in which half of the 13,500 women surveyed said they had suicidal thoughts – many also claimed to rely on addictive pain relievers.

Now under the care of a “life-changing” consultant, Sam hopes his story will help improve conditions for women facing endometriosis in the future.

“I think a young woman made a video diary about life with endometriosis 18 months ago. She was just brilliant and I was so proud of her, yet so sad that I didn’t have it at first.”