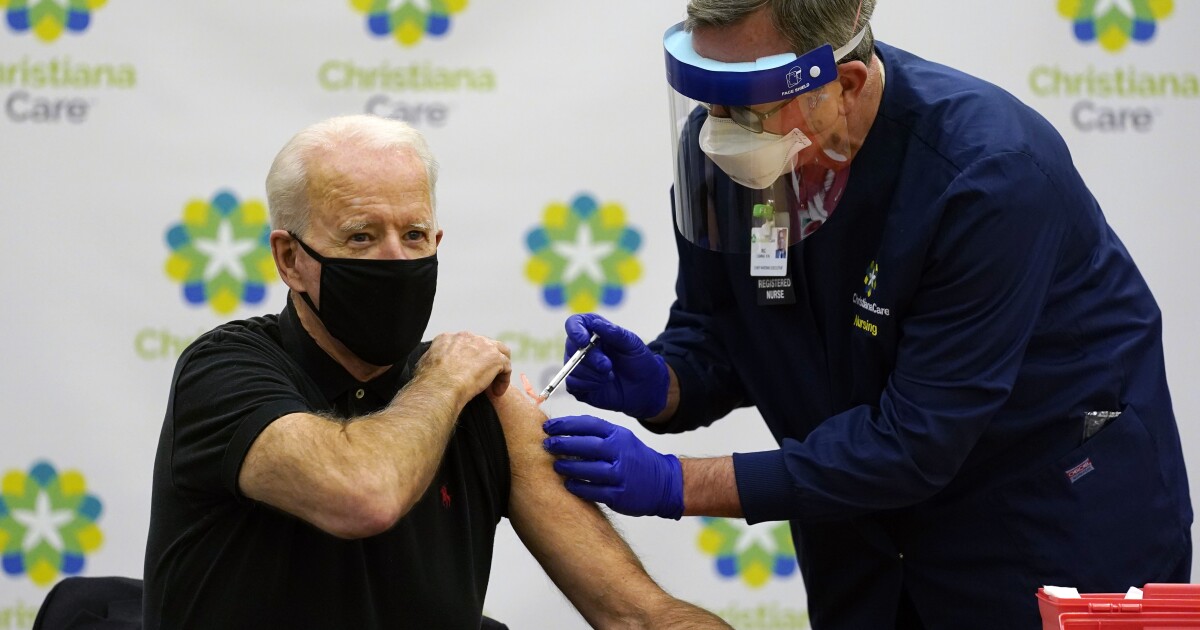 President-elect Joe Biden received the second dose of the coronavirus vaccine on Monday, three weeks after receiving the first in front of television cameras to show the American population that the vaccine is safe.

Biden took off his sports jacket and said, “Ready, set, go.” Nursing director Ric Cumin was the one who administered the Pfizer vaccine at Christiana Hospital in Newark, Delaware, near the president-elect’s home.

Images of the procedure were broadcast by news networks moments later.

Biden received the first dose of the vaccine on December 21. So far, the virus has killed more than 375,000 people in the United States – roughly 60,000 more than when the president-elect was vaccinated on that occasion – and continues to claim lives around the world.

Speaking to reporters after receiving the vaccine, Biden said he was confident his team will reach its ambitious vaccination rate goal once he takes office on January 20. He also considered that the current daily death rate from the pandemic is “totally unacceptable.”

“The number one priority is to inject the vaccine into the arms of the population as quickly as we can,” Biden said.

Like Biden, Vice President Mike Pence and other national leaders received the first dose of vaccines before Christmas.