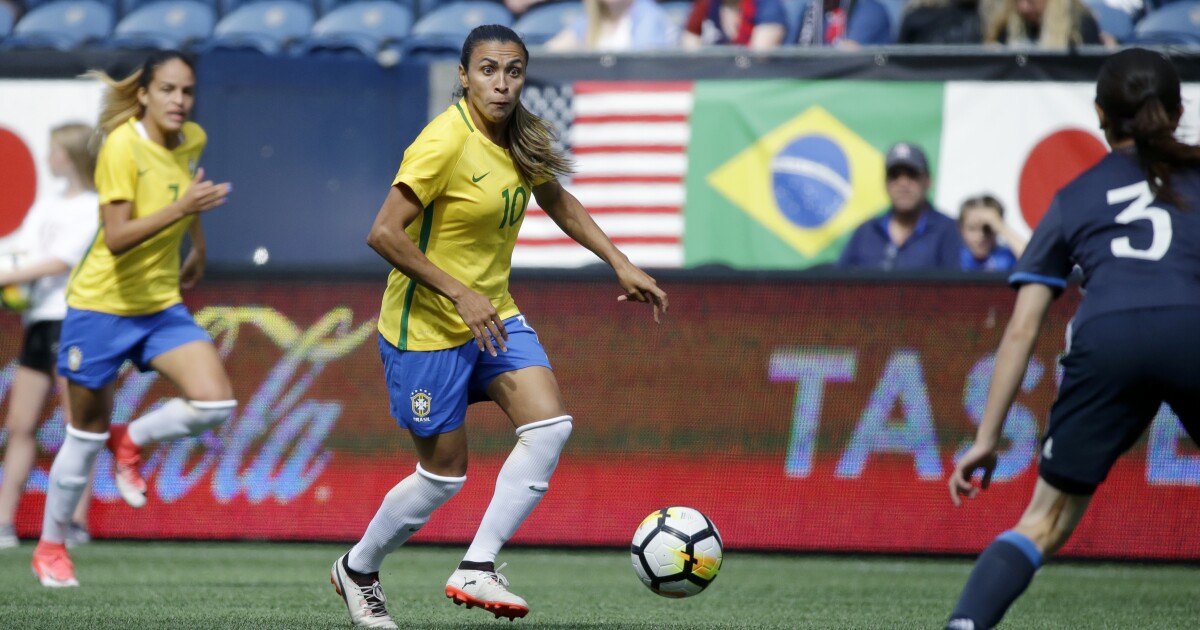 Marta, six times named the best soccer player of the year in the world, tested positive for coronavirus and will miss the next friendly matches of the Brazilian team against Ecuador.

The Brazilian Football Confederation (CBF) broke the news on Saturday. She added that she has reported the results of the tests to Pride of Orlando, Marta’s club in the National League of Women in the United States.

No details have been released about the condition of the 34-year-old forward.

Marta could be replaced by Camila, a 19-year-old defender, in the call for the two games, which will take place in Sao Paulo on Friday and December 1. The Brazilian team will gather in this city from Monday to prepare for the games.

Marta has played with the Brazilian team in practically every tournament since 2002. She has suggested that the 2019 World Cup was not her last.