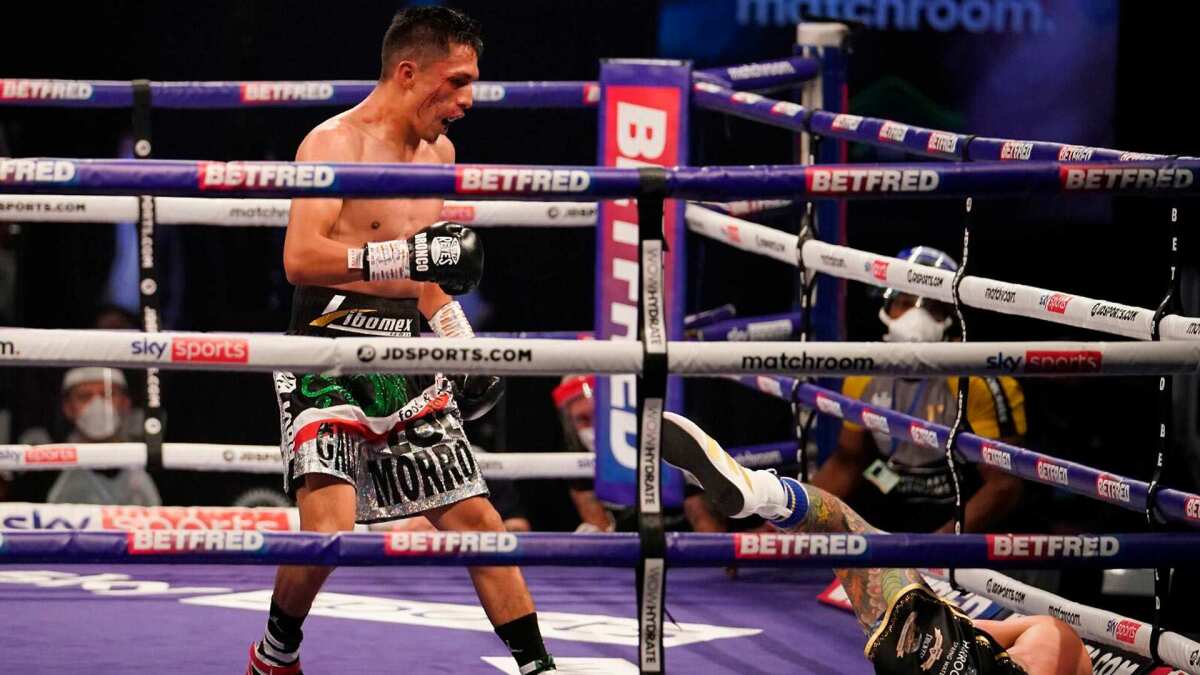 The Mexican boxer Mauricio ‘Bronco’ Lara surprised boxing fans in London by knocking out Josh Warrington, absolute favorite and who was world featherweight champion of the Federation International of Boxing.

The boxer from Mexico City arrived in London to hold a fight against Josh Warrington and from the first bell he came out wanting to drop shrapnel and based on combinations and going forward, it was too much for the British who found no way out.

The 22-year-old boxer was not expected to be such a difficult opponent for Warrington, he went against all odds, on the road, against a former world champion and in the fight he applied himself to the maximum.

Prior to the match, Warrington was unable to pull off the title unification bout. FIB in the featherweight division Coin Can and had to vacate the title.

In the fourth round, Lara delivered a blow with which Warrington ended up on the mat and although he managed to get to his feet, his legs gave out for the rest of the fight.

The fight continued and by the ninth chapter things were tough again for the British. Lara’s combination of blows were devastating, the left hook ended up sending him to the canvas and the referee ended up stopping the fight and the assists entered the ring to attend to Warrington.

An unexpected victory for the Mexican by the English draws powerfully attention in the division against the IBF and therefore can earn the right to contend for a world title.

Full! So Canelo and Yildirim work the final stretch for the fight