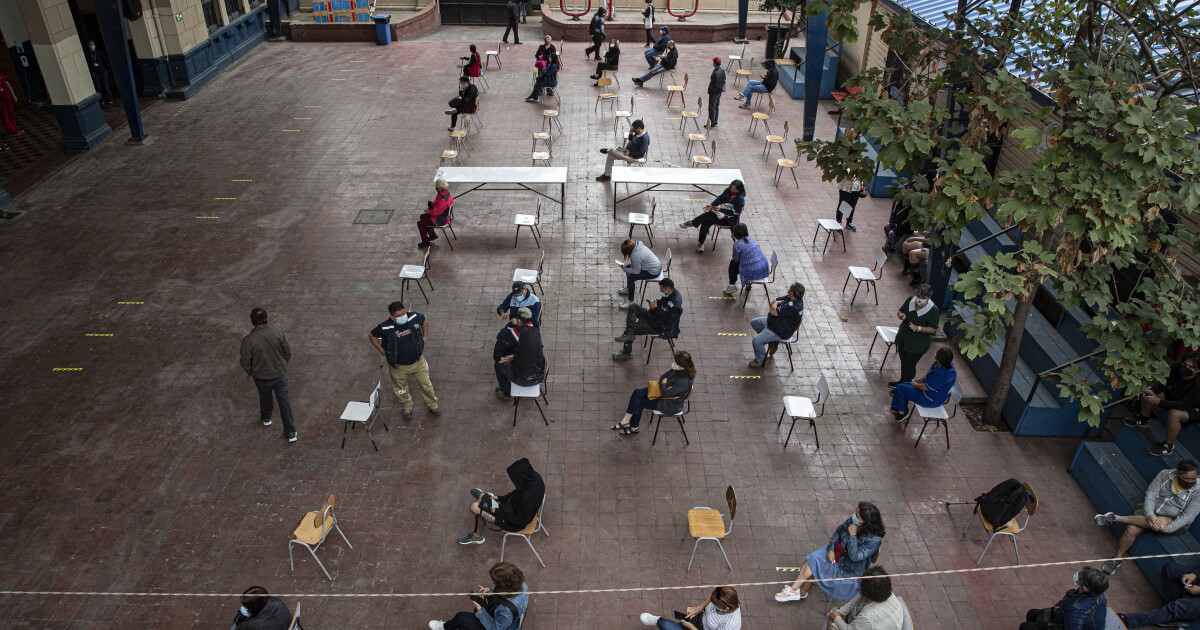 Chile surpassed 2.9 million people on Monday immunized with the first dose for COVID-19, mostly with the Chinese CoronaVac vaccine, and is approaching the goal of immunizing 80% of those over 65, according to official reports.

The South American country has received 4.1 million vaccines, 316,000 from the American Pfizer and the rest from the Chinese CoronaVac, informed the Minister of Health, Enrique Paris. He added that another 190,000 doses of Pfizer and about four million of the Chinese immunizer will arrive next week.

The government’s plan is to have five million people immunized by the end of March and 80% of the Chilean population of 19 million by the end of June.

The Undersecretary of Health, Paula Daza, specified that almost 70% of the 2.4 million adults over 65 have already been vaccinated and that in the coming weeks the goal of immunizing 80% of that age group will be reached.

The South American country also has agreements to buy vaccines from AstraZeneca / Oxford laboratories; Janssen (Johnson / Johnson), Cansino and the Covax agreement, which would allow reaching 35 million doses. It also negotiates with the Gamaleya Institute, which produces Sputnik V, which has not yet been approved by the Institute of Public Health.

Chile bought 10 million doses of China’s CoronaVac and is negotiating to acquire another 10 million, Paris said.

Chile, which exceeded 800,000 infected and 20,000 deaths, began inoculation of health personnel at the end of December and on February 3 launched mass vaccination based on a descending calendar that started with those over 90 years of age. Later it included members of the Legislative and Judicial Power. He is currently vaccinating the 65-year-olds, the laggards, and teachers.

READ  Beijing asks residents not to travel after COVID-19 cases