Coronavirus: Boris Johnson claimed to be stable, not with the COVID-19 ventilator 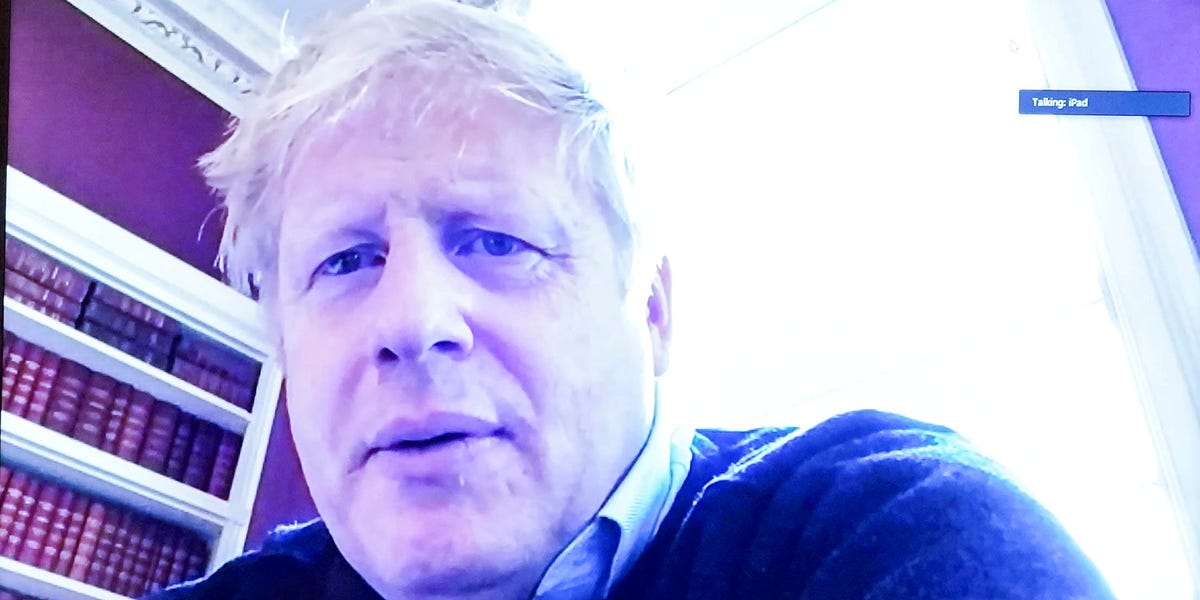 British Prime Minister Boris Johnson will remain in ICU but is in “stable” condition and in a “good mood”, his spokesman said Tuesday evening.

Johnson, who was admitted to St. Thomas hospital on Sunday with “persistent” symptoms of COVID-19, the disease caused by the new coronavirus, was transferred to intensive care around 7:00 pm. in London on Monday.

“The Prime Minister’s condition is stable and remains in intensive care for close monitoring. He is in a good mood,” said the spokesman.

The spokesman also said that the prime minister had no pneumonia.

Johnson’s spokesman previously said the prime minister had undergone intensive care as a precautionary measure in case he needed ventilation.

The London Times reported Tuesday that sources inside the hospital suggested that the prime minister “needed 4 liters of oxygen in intensive care” but had not yet been intubated – the process by which a tube is inserted into the trachea before ventilation.

The document states that “the normal threshold for intensive care is 15 liters, suggesting that he was healthy compared to these patients in general.”

“There is significant unused capacity in intensive care units in hospitals in London and across the UK,” he said.

Dominic Raab, the UK’s foreign secretary, replaces Johnson while he is being treated.

“The Prime Minister sent the message that he wanted the foreign secretary to take over some of his responsibilities, where appropriate,” said his spokesman Tuesday.

He added that if Rahab also fell ill, then Chancellor Rishi Sunak would intervene to replace him.

Cabinet secretary Mark Sedwill communicated ICU news to the rest of the cabinet via a video call, Sky News reported.

A minister present at the meeting described it as a “truly shocking” moment, according to the London Times.

British Chancellor of the Duchy of Lancaster, Michael Gove, told the BBC that the entire government would lead the country’s response to the virus in Johnson’s absence.

“We are all working together to implement the plan that the prime minister has established to make sure that we can deploy all the resources of the government and this country to fight this invisible enemy,” said Gove.

Many of Johnson’s senior aides are also experiencing symptoms of the virus.

Johnson spent more than a week in isolation after developing COVID-19 symptoms before being taken to hospital on Sunday for testing.

His condition deteriorated later in the day, prompting doctors to take him to intensive care.

The UK rejects Trump’s offer of help to treat Johnson

President Donald Trump he said at a press meeting Monday that “Americans are all praying for his recovery”, adding that Johnson was “a very good friend”.

He added that his administration contacted Johnson’s doctors and told them that he had asked two unnamed medical companies working on AIDS and Ebola treatments to offer support to the prime minister.

Johnson’s spokesman rejected the offer on Tuesday, saying that “any treatment he receives is the responsibility of his doctors.”

“On this specific point, we are grateful for all the warm greetings that the Prime Minister has received overnight,” said the person.

“We are confident that the prime minister is receiving the best possible care from the National Health Service,” he added. “Any treatment you receive is the responsibility of your doctors.”

French President Emmanuel Macron said he sent “all my support to Boris Johnson, his family and the British people in this difficult time”.

Keir Starmer, the new leader of the opposition Labor Party, he described the news that Johnson had been admitted to ICU as “terribly sad”.

“All the thoughts of the country are with the Prime Minister and his family during this incredibly difficult period,” he tweeted.

Former Prime Minister David Cameron tweeted: “Thinking of @BorisJohnson and his family tonight. Get well soon. You are in excellent hands and we all want you safe, well and again at @ 10DowningStreet.”

This article has been updated