Coronavirus: Juventus – Inter, one of five Serie A matches postponed 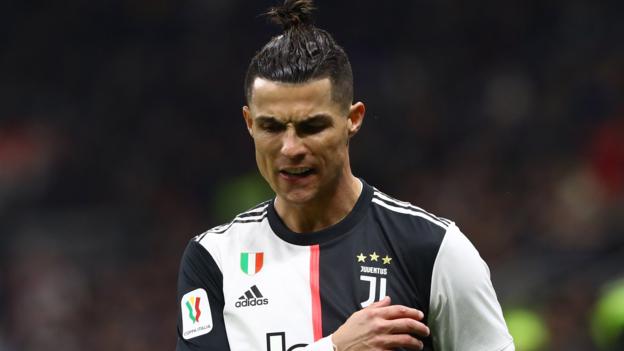 Five Serie A games this weekend have been postponed due to the coronavirus, including Juventus’ home game against Inter Milan.

The matches of Udinese, Milan, Parma and Sassuolo were also victims of the outbreak of the virus in Italy.

The games were initially played behind closed doors, but Serie A decided to cancel them on Saturday morning.

All five games were rescheduled for Wednesday May 13th.

As a result, the Coppa Italia final, scheduled for the same day, was postponed to the following week, Wednesday 20 May, four days before the end of the home season.

The games of this weekend in Lazio, Naples, Lecce and Cagliari will go on normally with the fans, but the game of Sampdoria on Monday has not yet been decided.

Italy blocked northern cities after more than 300 people were infected, 12 of whom died.

The interruption of last weekend followed when four Serie A games in Milan, Bergamo, Verona and Turin were suspended and the Serie B Cremonese drove 300 miles to Ascoli, only to be sent home on arrival.

So Thursday, Inter’s Europa League victory over Ludogorets was played behind closed doors at the San Siro stadium.

“People’s health is more important than any game”

With confirmed cases of the virus now on all continents, with the exception of Antarctica, FIFA president Gianni Infantino has not ruled out the postponement of international matches next month.

England and Wales have friendly matches, while Scotland, Northern Ireland and the Republic of Ireland play qualifiers for Euro 2020.

“People’s health is much more important than any game,” said Infantino.