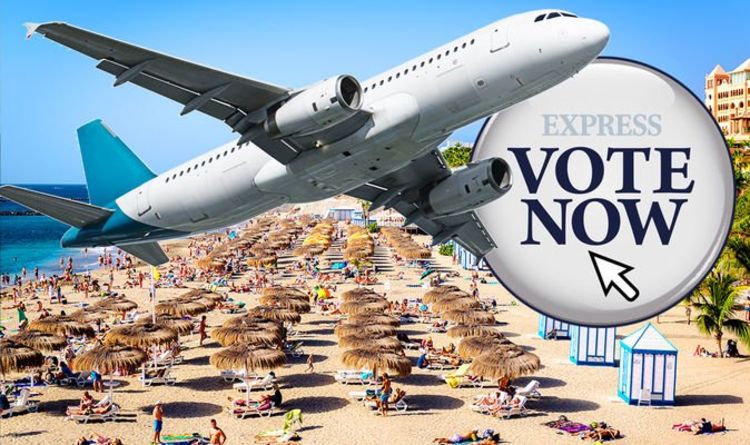 On July 4th, the UK government published a list of countries that the public can now travel to. The list includes only the countries that brought the virus under control but during a debate on the BBC’s Sunday Morning Live, the panel discussed whether it was ethical to travel on vacation while the UK continues to fight the virus. With that in mind, Express.co.uk asks readers, “Going overseas this selfish summer?”

Popular vacation destinations such as Greece, Italy and France have been included in the list.

For this reason, passengers will not have to isolate themselves upon arrival in the UK or to the holiday destination.

However, countries like China, the United States, Sweden and Portugal all remain at risk and quarantine measures are still in place when returning to the United Kingdom after the visit.

Basically, the UK government has stated that global travel is not “risk free”.

Because of this part of the guide, host of the BBC show, Sally Phillips asked travel expert Simon Calder if traveling during the pandemic could be considered selfish.

Considering the high total of deaths in the UK which at the time of writing was 44,198, the expert said it was a traveler’s decision.

He argued: “The tourism industry is the force for good.

“It enriches us and we need it but it enriches the host communities.

ONLY IN: Boris Johnson wishes happy birthday to the NHS for the 72nd anniversary

Although he said that Scotland would likely agree to ease the restrictions for those arriving from low-risk countries, he also criticized the speed with which Westminster made the decision.

He said on Friday: “When it is at stake as much as it is now, we cannot afford to be dragged in the wake of, to be quite honest, a grumpy decision-making process by another government.

“We want to welcome visitors from all over the world again and we also want to allow our citizens to travel.

“We also want, if possible for obvious practical reasons, to align these issues with the rest of the UK.

“He said he hoped a decision could be made ‘quickly’.”

With England and Scotland taking a different approach to travel, companies say that job losses may occur in the future.

The Scottish Chambers of Commerce have invited Ms Sturgeon to align themselves in a British approach to protect the economy.

The company organization said: “The policy must be put aside by everyone in order to give Scottish businesses the ability to increase demand and do what they do best, making Scotland the best place to invest and do business. “.