France, Germany and the United Kingdom, jointly called E3, urged Iran on Tuesday to that does not prevent international inspections of its nuclear facilities.

The foreign ministers of the three European countries assured in a joint statement “Deeply regret Iran has begun, as of this Tuesday, to suspend the Additional Protocol and the transparency measures ”established in the 2015 nuclear agreement.

According to E3, Iran’s decision is “dangerous” and represents “a new violation” of its nuclear pact commitments. as it “significantly” reduces the supervisory capacity of the International Atomic Energy Agency (IAEA).

“We urge Iran to stop and reverse all measures that reduce transparency and to ensure full and timely cooperation with the IAEA,” said the group, whose objective is “to support ongoing diplomatic efforts for a negotiated solution that will allow Iran and the United States to return to full compliance with their commitments” in relation to the nuclear agreement.

The United Kingdom, France and Germany indicated in turn that they “take note” of the Temporary bilateral technical pact reached on February 21 between Iran and the UN nuclear agency, whereby the IAEA will continue with the verification and follow-up activities -although more limited than under the previous regime- for a period of three months.

Iran restricted international inspections of its nuclear facilities since Tuesday, although that agreement reached at the last minute by the IAEA softens that limitation and allows time for political negotiations.

“We will have less access (than until now), we have to be honest, but we will be able to maintain the necessary level of surveillance and verification”said the entity’s general director, Argentine Rafael Grossi, in statements to the press at the airport in the Austrian capital.

The controversial measure of limiting inspectors’ access is contained in a law passed by the Iranian Parliament last December to defend the country’s nuclear rights and pressure the United States to lift its sanctions. Previously, the “Additional Protocol” to the Treaty on the Non-Proliferation of Nuclear Weapons (NPT) allowed IAEA inspectors to visit and investigate any facility in Iran, be it civilian or military, without prior notice.

Grossi stressed this Sunday that “the law exists and will be implemented,” which means that “the additional protocol will be suspended.” However, he indicated that the parties reached a “specific bilateral agreement to bridge that period as best as possible without losing the necessary verification capacity.”

Grossi expressed in this regard the hope that the United States and Iran can reach an understanding in the near future so that both parties can fully comply with the 2015 agreement, known as JCPOA, for its acronym in English.

Following the unilateral withdrawal of the Vienna agreement by the US administration of Donald Trump and the reinstatement of its sanctions against Tehran that suffocate its economy, Iran has been phasing out of its nuclear commitments. A year later, Tehran gradually began to miss its essential elements, especially the level of uranium enrichment (at 20%).

READ  Donald Trump: the immigration measures that Trump tries to impose before his departure from the presidency - US and Canada - International

This 2015 agreement between Tehran and the great powers aims to prevent the Islamic Republic from developing the capacity to build nuclear bombs, imposing strict limits on its program, which would remain exclusively civil. The international community, in return, had lifted all economic sanctions against Iran.

The new US President, Joe Biden, has promised to endorse this agreement again, but on the condition that Tehran return earlier to honor the commitments from which it had begun to distance itself in response to Trump’s sanctions. Iran, by contrast, calls for sanctions to be lifted before returning to the negotiating table.

Last Thursday, The United States accepted the invitation from Europeans to participate in discussions to relaunch the 2015 agreement. But the next day, Biden urged European powers to work in concert with Washington to respond to Iran’s “destabilizing activities” in the Middle East. 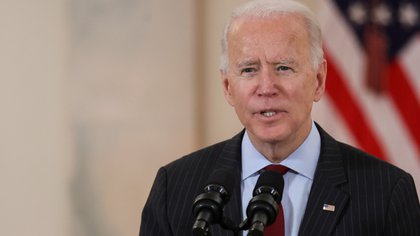 Despite the denials of the Persian regime, the latest violations of the agreement have put the international community on alert. Last week the IAEA reported that Tehran began manufacturing uranium metal. On February 8, the UN agency “verified 3.6 grams of uranium metal at the Isfahan plant” (in the center of the country). The matter is sensitive since uranium metal can be used to make nuclear weapons.

The nuclear deal includes a 15-year ban on “the production or acquisition of plutonium or uranium metals and their alloys.” In addition, the pact provides that Iran could be allowed to start investigating the production of uranium-based fuel “in small quantities” after 10 years, but only with the authorization of the other signatories.

With information from EFE and AFP

Capital punishment in Iran: a young woman died before being executed, but was still hanged to satisfy another woman’s thirst for revenge
The US reaffirmed that it is determined to prevent the Iranian regime from obtaining a nuclear weapon: “The ball is in its court”