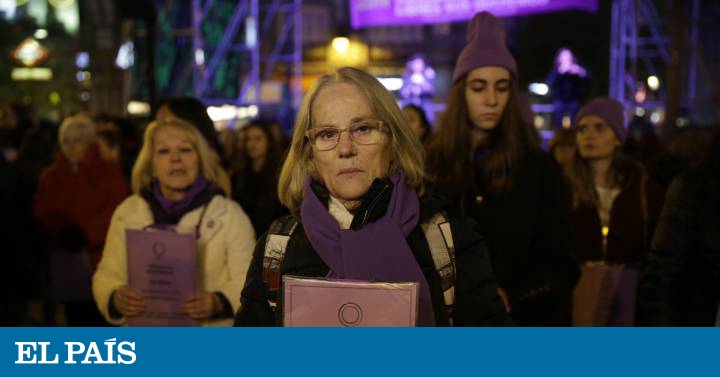 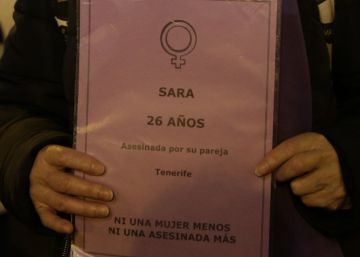 The first was called Rebeca Alexandra Cadete, and was only 26 years old. She was stabbed to death by her boyfriend. Her five-year-old son was left motherless. He had never filed a police report. The latest victim of the year, Yulia S., 41, left three other children orphaned. Furthermore, he never raised any alarm, as happens in the vast majority of cases. A total of 55 women were killed by their partners or ex-partners in Spain in 2019, which has been the blackest of the past five years. Since 2015, the number of victims of domestic violence has been so high. In addition to the women who lost their lives in these cases last year, there were also three children killed, bringing the total number of young people lost due to domestic violence to 34 years from the start of official records in 2013.

It is still too early to have an in-depth view of why this violence has seen an increase, and it remains to be seen whether this will become a trend in the years to come. Gender-based violence is a complex phenomenon and has numerous causes, but a number of specialists warn that, together with the lack of planned measures to combat the problem, one of the influencing factors is the narrative of denial employed by countries. emerging fair party Vox.

The group argued that “violence has no gender”, going against the institutional consensus that has existed for years. “You can’t say that the rise [in gender violence deaths] it depends exclusively on the messages against the protection of women that are spread by the far right, but it is clear that it is a factor that is influencing “, explains coroner Miguel Lorente, a former government delegate for gender-based violence.

Most of the women killed by their partners never asked the authorities for help, as in the case of Yulia S. and Rebeca Alexandra Cadete. In the past year, four out of five (80%) have never filed any reports. This is the highest percentage since 2012. But the system has also failed in the cases of the other 11 victims who warned of the danger they were in and, in some cases, were even under police and judicial protection.

The year 2019 saw the official total of women killed by their partners or ex-partners in Spain hit the macabre milestone of 1,000. The figures date back to 2003 and are now 1,033. Last year was also the 15th anniversary of the revolutionary legislation approved by the government of the Socialist Party (PSOE) of Prime Minister José Luis Rodríguez Zapatero: the organic law of global protection measures against gender violence, which helped to reduce the number of victims. In the early years of official figures there were around 70 victims every year, while in recent years the number has been around 50. The legislation has also helped to change the social perception of a crime that was considered a private problem, one that was be faced behind closed doors.

Last year will also be remembered for Vox’s arrival in Spanish institutions and party demands call for the repeal of laws that protect women and ask for funds to fight gender-based violence to be cut. The far-right group took 24 seats (about 10% of the vote) in the lower house of Spain, the Congress of Deputies, at the inconclusive general elections held in April. In the repeated November elections, however, it went much better, taking 52 seats (15% of the vote) and becoming Spain’s third largest political force after the PSOE and the Conservative People’s Party (PP).

“Vox’s behavior means that the victims have less confidence in the institutional protection that is offered to them, while the attackers see their behavior strengthened,” explains Lucía Avilés, who is a magistrate and founder of the Association of Women Judges. He asks for “a thorough and objective analysis to determine all the causes” of the last peak of the figures.

A new government is likely to form on January 7, led by a PSOE coalition and left-wing group Unidas Podemos. In this case, the administration will have to address the outstanding issues that have accumulated in the past year, a period during which Spain was led by a custodian PSOE administration. These will include the implementation of the State Pact against gender violence, which was approved in 2017 but has just been developed. This parliamentary agreement includes, among other things, measures focused on combating the lack of official reports against abusers and measures to ensure protection for those who file a complaint.

“Eighty percent of the victims have never submitted a single report, but we can find 100% of the women in the health system and therefore we can develop a global strategy to protect them from there,” explains Miguel Lorente. The State Pact provides that doctors can implement measures and questionnaires to detect and combat cases of violence, as well as get help from local councils to identify cases before they are reported.

The head of the Women’s Foundation (Fundación Mujeres), Marisa Soleto, also draws attention to the other side of the coin: those women who have filed reports but are still dead. “If we had managed to protect them over the years, we would be talking about 200 women still alive,” he says. “It is the biggest failure of all this period.”