Tim Phelps can be easily described as a team player.

His favorite part of basketball is passing on to his teammates, who he believes keeps everyone involved in the game. Although Phelps sometimes likes to shoot, passing is his contribution on the pitch.

Phelps, 20, who participates in the Stevenson High School transition program for special education students over the age of 18, participates in the Stevenson interscholastic coed sports program. Allows children and young adults with disabilities to take part in athletics in collaboration with other students who are not part of special education programs, with particular attention to physical fitness, social skills, communication, decision making and development of relationships.

The basketball program, in its second year at the Lincolnshire school, is part of the state’s unified special Olympics. This year, the number of participants playing basketball has more than doubled, to 12 athletes and 19 partners. Bowling, football and spirit are the other allied sports in Stevenson. 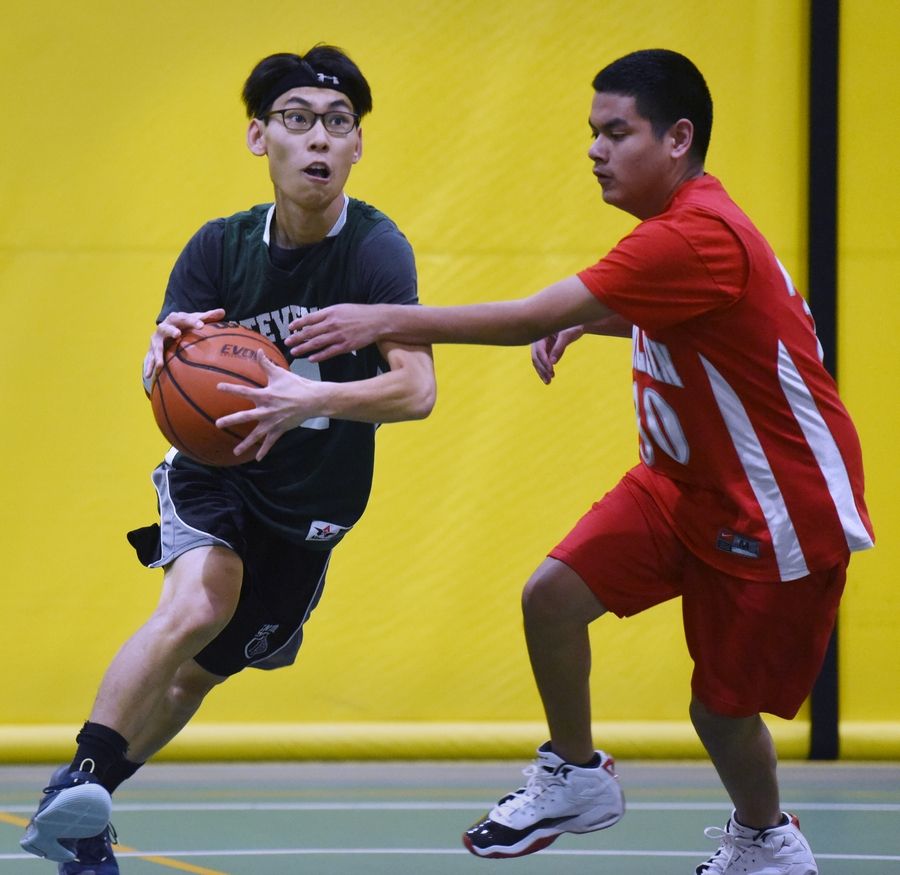 Allied basketball player David Ha, on the left, is supervised by Isaias Hernandez of the Mundelein Mustangs during a Special Olympics game at Stevenson High School in Lincolnshire.
– Paul Valade | Staff Photographer

This season, Stevenson has faced athletes from McHenry, Mundelein, Libertyville and Vernon Hills. The team heads to the regional competition Saturday at Aurora’s Metea Valley High School. If the team qualifies for the state, it will compete on 13 and 14 March at the Peoria Civic Center.

During the games, there are three athletes and two partners per team. The referees work in the four quarters of seven minutes. When a player hits a 3-point shot during a recent game, the spectators of both teams rejoice.

The program promotes inclusion and brings children to play in a competitive environment.

“In unified basketball, students should compete, play defense and score. So it creates a unique opportunity for these children,” said Ryan Hutchins, who trains with Emma Degen. 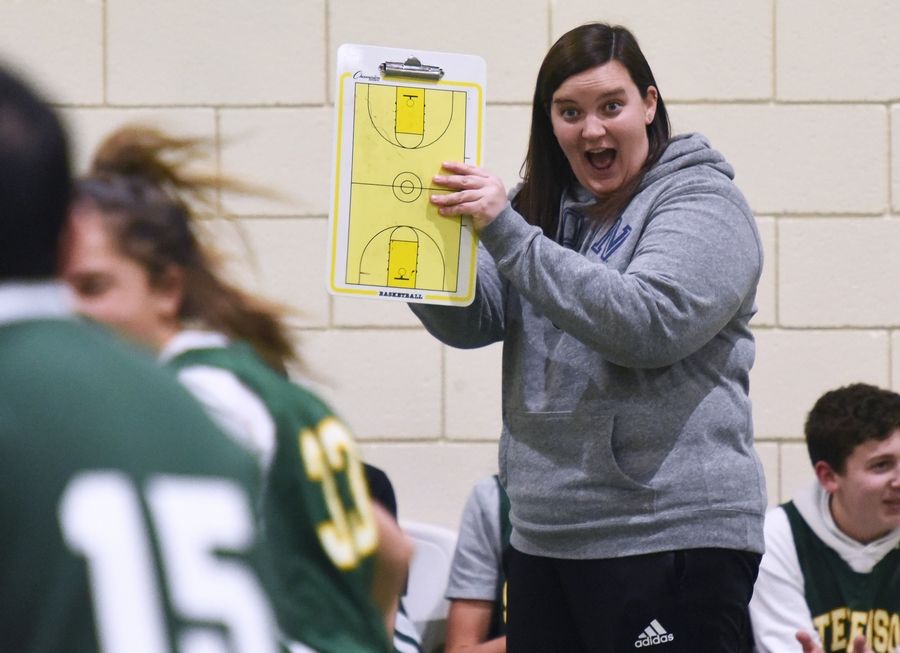 This connection shows in moments like allied basketball athlete Jeremy Millman getting help wearing his training vest from partner Sean Pokoski, a young man, or from team member Allied Mikayla Needlman and partner Haylie Popkey, both freshmen, who they laugh together on the sidelines. Haylie wants to pursue a career working with people with disabilities.

“I just like to see them having fun. I like to interact with them and be their friend, not just a coach. I want to be with them,” said Popkey. “I’ll definitely do it for all four years. It’s a really good program. And it’s also very competitive.”

Jesse Zhou’s daughter, Shephia Zhou, is a junior and has played two years of allied basketball. The Long Grove resident says he likes teamwork and is seeing the progress of Shephia’s skills.

“He is looking forward every day,” said the father. “He is really happy to play, play with friends and see his team’s progress.”

Hutchins said academics are the priority in the classroom, but getting involved in extracurricular activities is just as important. The allied basketball athlete and Shephia Zhou, a young man, have many smiles to share on the pitch at Stevenson High School.
– Paul Valade | Staff Photographer

“What makes a game successful is the ability to see partners and athletes interact with each other as friends and have fun while playing basketball. There is a sense of satisfaction for athletes, often accompanied by parents enjoying their results, which make the season satisfactory, “said Hutchins. “Allied basketball is one of the highlights of my work week.”