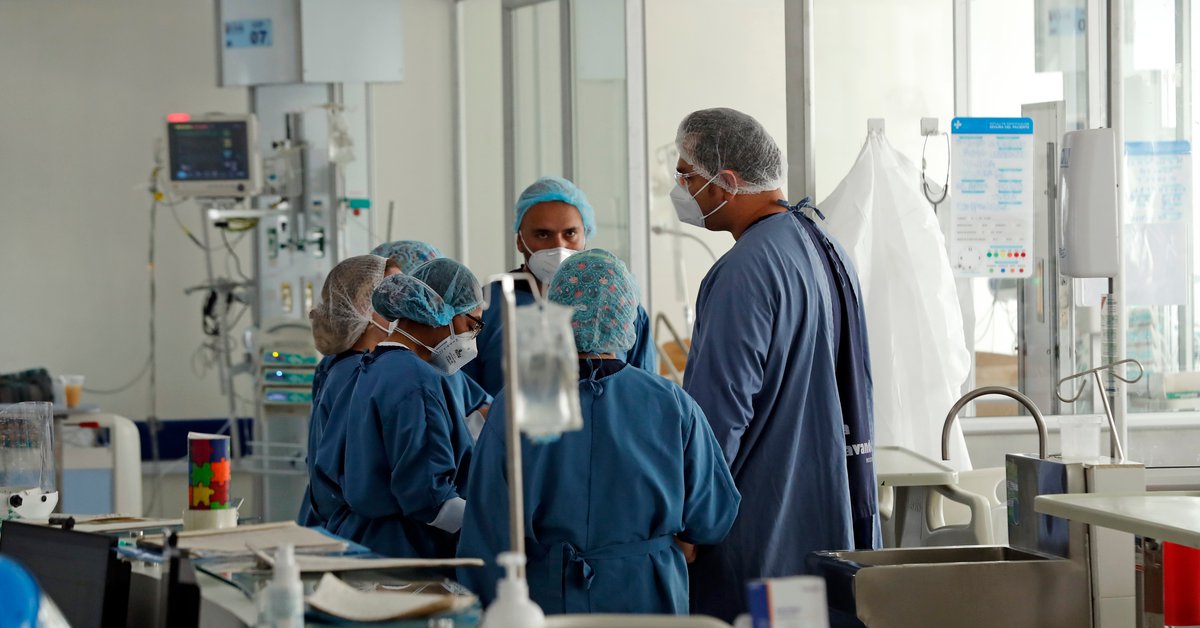 
An analysis of the newspaper El Tiempo on the number of health personnel who have died from covid-19 in Colombia, since December 2020, revealed that the death toll of human talent working in the health sector doubled during the second peak of infections of the pandemic.

According to the media, with cut-off to December 21, the report of the National Institute of Health (INS) indicated that the country already had 21,926 reported cases of covid-19 in health personnel, of which by then the number of deaths due to the virus reached 107 cases, of which to date 4 had been registered as new.

The same INS document indicated that of the total cases registered for that date, 21,728 members of the health personnel had already overcome the virus, while 91 cases were in isolates, and another 744 had been reported as asymptomatic.

However, the last bulletin issued by the National Institute of Health, with a cut-off to February 11, reported that to date Colombia had already added 42,177 cases of covid-19 in human talent in health, of which 5,966 were registered as new. Of the total figures, the deaths of personnel in this area reached 208, of which 11 were reported as new, data that according to the media show how In less than a month and a half, the number of deaths in health personnel increased.

According to the INS report, Those who died from the coronavirus in the health area, 68 were doctors, 35 nursing assistants, 21 radiology and diagnostic imaging technologists, 13 nursing professionals, 12 administrative personnel, 8 health assistants, 8 students, 7 pharmaceutical chemists, 5 pharmacy technicians, 5 drivers, 4 psychologists, 4 dentists, 4 people from the cleaning and food area, among others.

However, the same report from the National Institute of Health detailed that the health area where the most covid-19 infections have been registered in nursing assistants with a total of 10,818, followed by doctors with 7,455 cases, administrative personnel with 5,152, nurses with 4,489, and other health assistants with 1,314.

The Bogota newspaper, regarding the figures, indicated that the data recorded by the INS indicate that one in three professionals who work in the health area, that is, 34%, was infected in the exercise of their professionAnother 16% contracted the virus outside of hospitals, while 48.6% do not know how they acquired the virus.

As explained by El Tiempo, this increase in deaths in health personnel occurred alongside the second peak of infections by covid-19 that occurred in the country between December 2020 and January of this year, a period of time where in the country more than 337 daily deaths were reported due to the virus.

The report of the National Institute of Health pointed out that the areas where the country has registered the most cases of contagion by covid-19 in human talent in health are: Antioquia with 14,137 cases, followed by Bogotá with 13,651 cases, Valle del Cauca with 6,042, Meta with 1,016, and Norte de Santander with 920 cases.

YOU CAN ALSO READ

This Saturday, Bogotá will know who will be its first 7,673 vaccinated against covid-19

These passengers must wear N-95 face masks on the planes, on the recommendation of MinSalud