The specialized portal Cnet gathered the most outstanding speculations, which, if they materialize, could pleasantly surprise users.

Apple’s next series of smartphones, likely to be called the iPhone 13, could be released later this year. So far the tech giant has not officially announced its specifications and features, but rumors and leaks around the new device abound, some more persistent than others.

Recently the specialized portal Cnet meeting the most outstanding speculations, which if materialized could pleasantly surprise users. One of them ensures that the iPhone 13 will have a bigger battery, which will presumably lead to greater autonomy. This is thanks to a design modification that includes the integration of the SIM card slot on the motherboard and a reduction in the thickness of the matrix of the optical modules of the front camera.

Another of the most notorious rumors points to the arrival of the pantalla ProMotion– a technology Apple first implemented in 2017 on its iPad Pro that enables it to run at a 120-hertz refresh rate for sharper, smoother scrolling and fast responsiveness. This feature “makes everything look better,” animations and graphics look sharper, motion blur is reduced, and more, the article explains.

On the other hand, since the Cupertino company removed the headphone jack from its iPhone 7 in 2016, much has been said about a future phone without a charging port. And this idea could materialize this year. Experts predict that at least one Apple model will lack a connector. Instead, users will be offered the MagSafe wireless charger. However, this technology would need to be more powerful to be worth being a replacement for Lightning cable, as it currently only offers 15 watts. In this regard, technology analyst and blogger Jon Prosser excludes that the American giant wants to give up its patented Lightning, which generates huge profits.

Apple could include a fingerprint reader on the screen so that users can unlock the phone if it cannot be done biometrically (Face ID), such as when wearing a mask. Leaks in this regard also suggest that the company would implement a technology that it patented in 2019 and that turns the screens into finger sensors, which would allow the device to be unlocked by touching any area.

The camera: the most desired novelties

The characteristics of the photographic device of the iPhone 13 is one of the most discussed topics. The most important innovation in the series would be an improved main camera system, with a modified ultra wide angle lens and a new autofocus system on the 13 Pro and 13 Pro Max devices. Currently the iPhone’s wide-angle aperture is f2.4, but the new one could be f1.8, which would certainly help improve low-light performance. 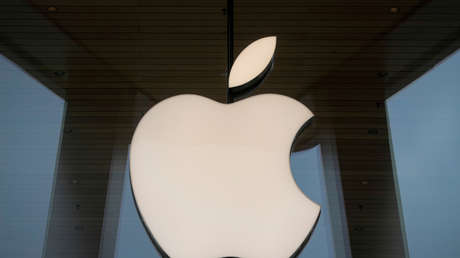 Another improved photographic feature would be related to the ‘astrophotography’ mode, an outstanding option to obtain images of stars in the night sky, but that is only activated if the landscape meets that condition and keeping the mobile very still; If there is no starry sky and little movement, it automatically turns off in 30 seconds. Speculation about it speaks of the possibility of extending the time beyond 30 seconds or using the potential of the camera ‘software’ to improve the captures in the Pro models.

On the other hand, it is believed that they will also have enabled the option to perform videos with ‘bokeh’ effect, that is, with the background of the image blurred. At the moment, on iPhones this effect is only possible in photographic mode. To achieve this, Apple would be thinking of allowing the change of the depth of field after recording the video.

If you liked it, share it with your friends!