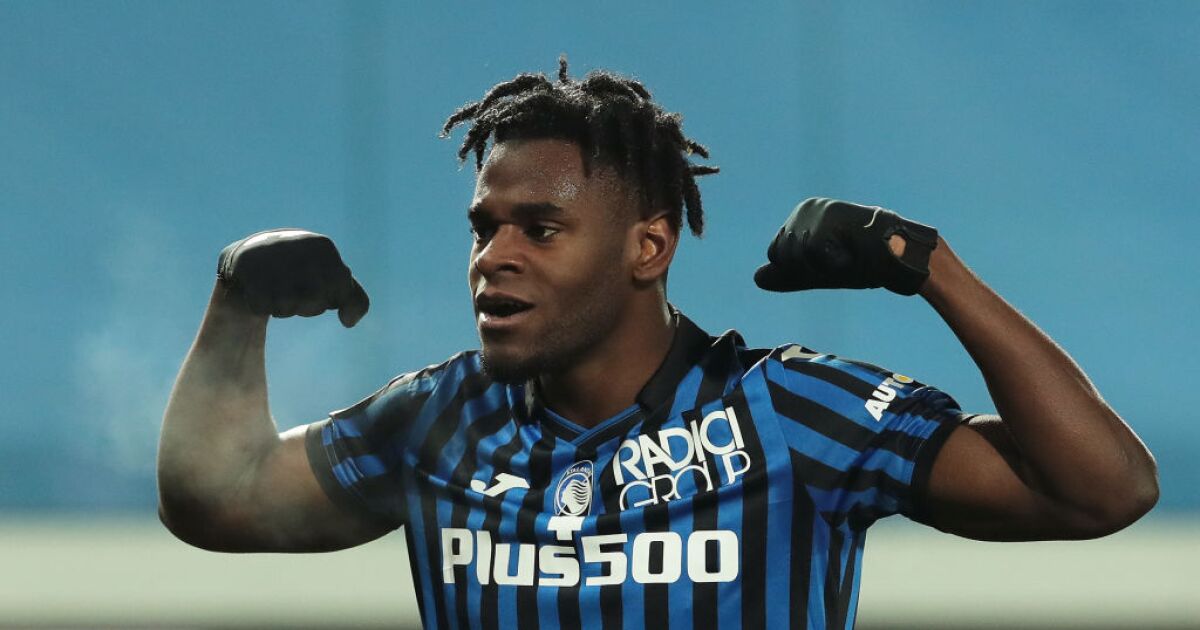 The Champions League
does not stop his actions and next week we will have four duels in the round of 16 of the European competition.

Thus, UEFA highlighted the most relevant Latin Americans in the duels that will be played next Tuesday and Wednesday. Among the highlights is Duvan Zapata
, forward of Atalanta, from Italy
.

Celebrate Marbelle !: Sebastián Salazar is already a new player for Jaguares, from Montería

‘El Toro’ with Luis Fernando Muriel
They will face the always difficult Real Madrid
. The first leg will be in Italy. It should be remembered that the ‘meringues’ will have some casualties in their squad and the ‘goddess’ has been achieving good results in Italian football.

The other outstanding Latin Americans were Luis Suarez
with the Atlético de Madrid
, which will host Chelsea. The ‘colchoneros’ will seek to finally get the Champions League, after losing two finals from the hand of ‘Cholo’ Simeone. While, the ‘blues’ have a new coach and continue to reap victories in the Premier.

Lyon beat Brest 3-2 and is leader, partial, but leader after all: Memphis Depay, figure

The Ecuadorian Felipe Caicedo, from Lazio who will rival the current champion, Bayern Munich. Caicedo will share the lead with the Italian Ciro Immobile, with whom he has already created a fearsome partnership in Serie A.

And close the list, Gabriel Jesús, Manchester City player. The English will face Borussia Mönchengladbach. Jesús has achieved ownership in the ‘citizens’, because of the physical problems that Sergio ‘Kun’ Agüero has chained.

Spezia’s good streak is over, led by Kevin Agudelo: they fell 3-0 against Fiorentina, in Italy