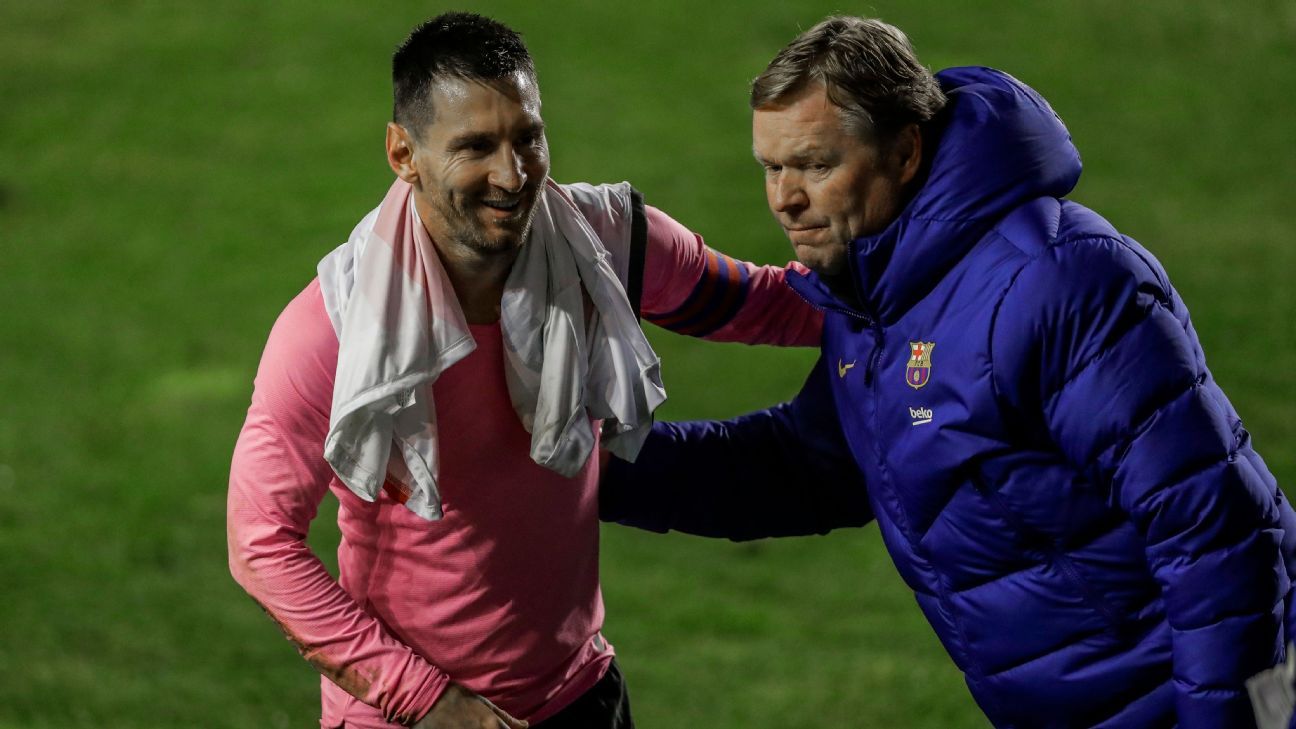 BARCELONA – Ronald Koeman changed his message on Tuesday and, perhaps understanding that an injection of self-esteem in the dressing room was necessary, he demanded from his players “a step forward”, warning that dreaming of the title, despite the stumble against Cádiz, is not a impossible, yet. “I think we can still win the League,” said the Barça coach, who recalled the irregularity that has been installed in the championship.

“It has been shown that it is difficult to win the games, that each team can go down and that it is still possible,” he resolved … Realizing that this week will be “very important. It depends a lot on the next two games to think about the championship and That is why I am not in favor of thinking that the Cup match with Sevilla is the most important. “

“We have to look for the energy we had in other games; of the last 13 in the League we have won 10 and drawn three … Yes, the draw the other day was a disappointment, but we must continue and think that we are at the moment when we play a lot, “said the Dutchman, who asked, especially, a step forward from the veterans.

“We are Barça and it is the moment when the veterans, the captains, must create an environment to go for everything,” he said, highlighting that he has always been favorable in “giving opportunities to young people” but that there are especially delicate moments and noted. “It is not a time to catch more people from below. I always think of giving young people minutes, but now, to get the chestnuts out of the fire, we need the most experienced,” he said.

Koeman admitted that the mood “has lowered” and understood it “normal because it was a stick to tie with Cádiz … But if we win tomorrow we will put second again (actually third) and we will see different things”.

That is why he made it clear that, personally, “I am fine, after Cádiz I was fatal because I feel responsible and it affects me but I must have confidence to give it to my players and think that the distance is less than three weeks ago”.

“I have spoken with Lenglet this morning. He is a very good professional who takes this very personally. Only one player is guilty, although of course that is a play that he could do better and at times he has been in defense failures but we have made many mistakes in attack that we were able to sentence, score a second goal … With 2-0 a play in the last minute is not so decisive “, he highlighted when asked by Lenglet and transferring” the responsibility to everyone, to the team “.

“We have made individual mistakes but it is not fair to single out a player just because we had chances to sentence the game and it was not done,” Koeman recalled, agreeing that “it would be even worse not to create opportunities, but it is clear that we have to be more effective up front. “.

“We lack midfield effectiveness above … Dembélé had three or four chances and two chances in which you should at least score a goal. If you do, you don’t end up suffering,” claimed the coach, who, despite everything, left of course he is not a friend of igniting his criticism against players outside the locker room.

“Inside there is criticism. Inside. My job is to analyze and speak clearly with the players, but what I don’t like is doing it outside through the press. Outside, you have to protect the footballers and have good communication with them but in the costumes are clearly spoken, “he said.