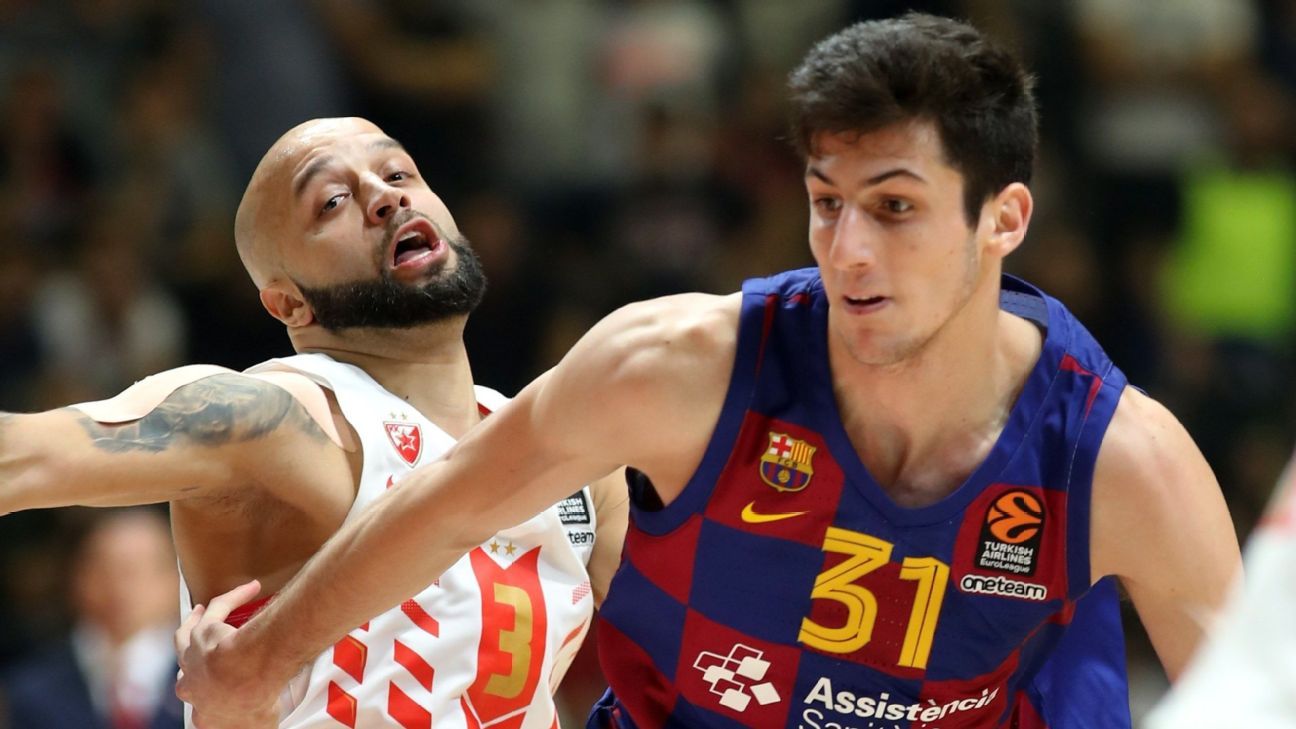 Argentine guard Leandro Bolmaro, chosen in the first round of the 2020 Draft by the New York Knicks (23rd place) and immediately transferred to Minnesota Timberwolves, confirmed that he will stay one more year in Barcelona to continue gaining experience in the Endesa League.

The communication was through a video of the player himself on the official Barca Basket twitter.

Bolmaro, born in Las Varillas on 9/11/2000, became the highest draft pick in Argentine basketball history on Wednesday night, since the other Argentine who was chosen in the first round had been Carlos Delfino, in 25th place in the crowded 2003 Draft.

“It is one of those rare cases in which you can say that he was born to play basketball,” said Pepe Sánchez, former base of the Argentine National Team, now president of Bahía Basket, to ESPN. “It has a great facility to make certain movements that are crucial in the game, such as changing direction, rotating on its axis, etc. In addition, it has a significant length and can play positions one, two and three without any inconvenience. “.

Sánchez was the one who recruited Bolmaro from El Ceibo in San Francisco to be part of Bahía Basket, an Argentine franchise with which he played only one year in the National League. Then, in an unprecedented takeoff, he signed for five seasons with the culé team, where he first had good performances in the LEB Oro and LEB Plata in 2018-19, and made his debut in the Endesa League and the Euroleague in the 2019 campaign- twenty.

Bolmaro, who played in the last U19 World Cup and was part of the Preselection for the 2019 China World Cup with the Senior National Team, averaged 15.1 points and 3.1 assists in seven matches played in the LEB Silver.

“He has a long stride, after having practiced athletics for a long time and that helps him,” Sánchez said. “Going to the specific game, he was born at the right time, because he does a lot of different things well, something that the sport itself demands today. He can pass, he can shoot, he can penetrate. I think, in the future, if he continues to improve his shooting it’s going to have more spaces and it’s going to be really dangerous. Another very interesting point is his physical handling, that’s exceptional, “added Pepe.

Bolmaro, a native of Las Varillas, Córdoba, the same city of birth as Fabricio Oberto, trained at the Almafuerte Club and was, curiously, in his early years, national hexathlon champion at the Evita Sub 14 Games, in addition to winning the National Cup of combined events in octathlon in 2015.

🇦🇷Leandro Bolmaro to Minnesota Timberwolves !! Draft number 24. Great time for our basketball! It will be led by @PPrigioni9. We have another team to cheer on!

“I also went to a South American and came out fifth. My specialty was the hexathlon so I practiced javelin throw, bullet, high jump, long jump, hurdles and 800 meters. The truth is that all that later served me in basketball for the issue of coordination and jumping, “Bolmaro told La Voz Deportiva some time ago.

The growth of ‘Cebolla’ was geometric, since it participated, among other elite tournaments abroad, in the Nike Hoop Summit in 2018, a contest of which the best prospects in the world are part, by invitation.

Accompanied by stars of the stature of Nick Calathes and Nikola Mirotic in Barcelona, ​​among other notables, Bolmaro grew, in recent times, to unsuspected limits. He already looks like a regular player in the Catalan first team, with performances for the box in ACB and Euroleague. He also received the blessing of a strict coach like Svetislav Pesic, who has not felt the comparisons with Manu Ginobili unreasonable.

“He steps on a basketball court and a smile is drawn to him,” adds Pepe Sánchez. “He always imagines things with the ball and, added to his physical and technical conditions, he is an ideal combo. He is a very good boy, from a good family. He has a different potential than the average project”, completes the Olympic champion base in 2004.

With the arrival of Bolmaro to the NBA, the American league looks once again towards these lands.