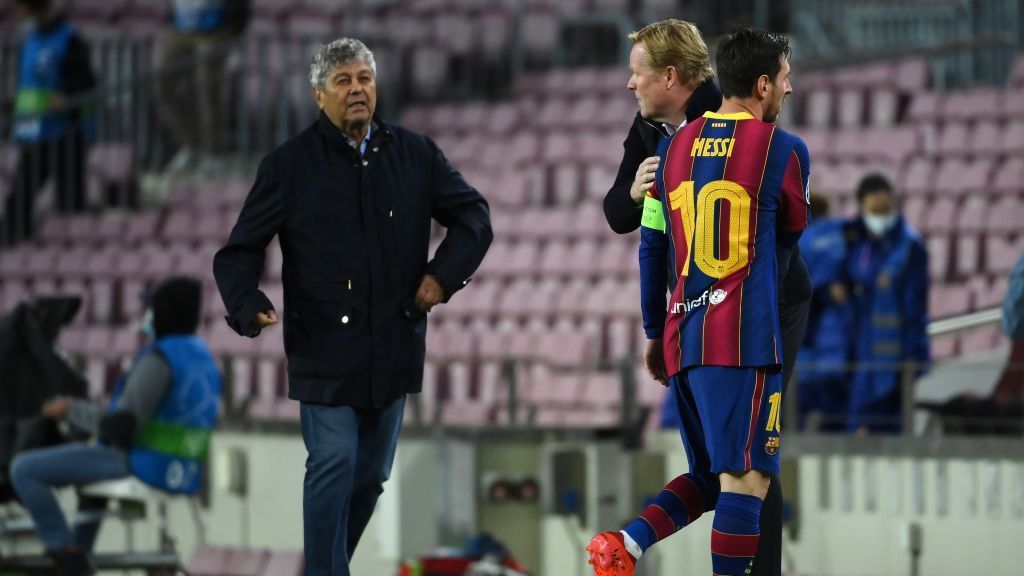 FC Barcelona’s 2-1 victory over Dynamo Kiev on the third day of the Champions League left an anecdote between the coach of the Ukrainian team and the captain of the Barça team, Lionel Messi.

It was the Romanian coach Mircea Lucescu himself who told what happened to the press of his country.

Lucescu explained that he told Messi: “Leo, I have Pelé’s shirt at home. Next to it I want to put yours! ”, It was published in Romania and the information has been taken up in Spanish media.

According to the story, the veteran strategist’s request surprised Messi, who told him that he would give him the shirt in the locker room.

Before the game, the coach pointed out that Barcelona does not have the level to win the Champions League, but in particular with Messi on several occasions he has manifested himself as his admirer, even choosing him over Cristiano Ronaldo in the constant comparison made between the two stars.

The Argentine was important in Barça’s triumph by scoring through a penalty that opened the way to victory for the Blaugrana at the Camp Nou, in a game where the local could not shine.

The next meeting between Lucescu and Messi will be next Tuesday, November 24, when Barça visit the Olympic in Kiev on the fourth day of the Champions League.