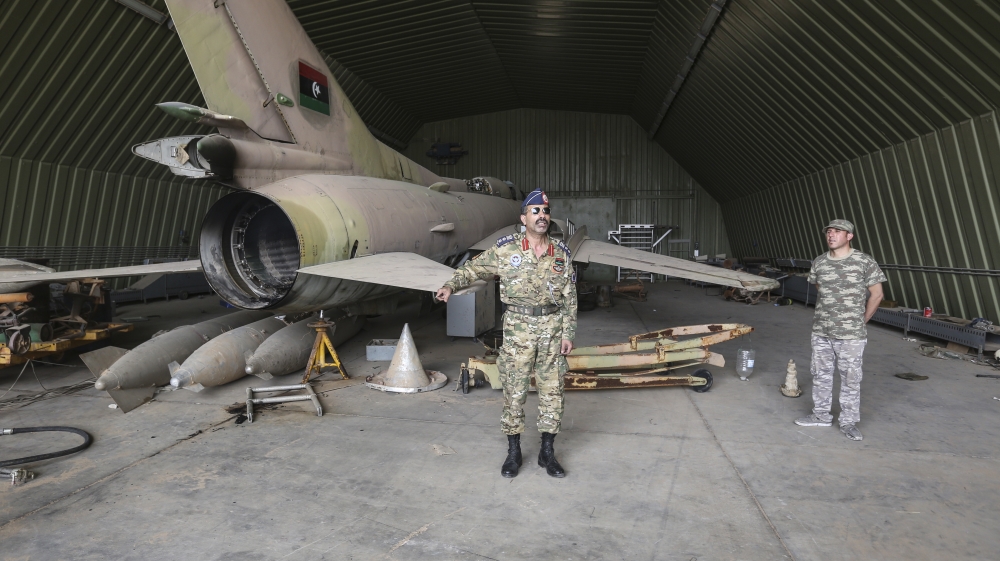 On Sunday, the UN government recognized by Libya condemned overnight air raids against an air force base recently recaptured in the western part of the country saying that the attack was carried out by a “foreign air force”.

Fighters loyal to the government of the National Agreement (GNA) seized al-Watiya airbase, 140 km southwest of the capital Tripoli, by troops aligned with renegade military commander Khalifa Haftar in May.

The Libyan style of the Libyan National Army of Haftar (LNA) claims that Turkey – a key GNA supporter – subsequently made use of the base to help GNA soldiers repel an offensive launched against Tripoli in April last year.

The reconquest of Al-Watiya marked the beginning of the sudden collapse of the 14-month attack of the LNA to seize the capital and led to its hasty retreat along the coast.

“Last night’s raids on the Al-Watiya base were carried out by a … foreign air force in support of the war criminal [Haftar] in a miserable and desperate attempt to win a win to boost morale, “GNA deputy defense minister Salah al-Namrush said in a statement.

He promised a “response in the right place and at the right time”, saying the attacks were “a failed attempt to distract from recent victories” by the GNA.

Al-Namrush did not specify which foreign air force was behind the air raid.

Turkish state news agency Anadolu, citing an unnamed GNA military officer, said the raid on al-Watiya was carried out by “unidentified planes” and that there were no casualties.

“The materials recently used to strengthen anti-aircraft capabilities have been damaged,” said Anadolu.

Defeats on the battlefield

Immersed in chaos by the 2011 NATO-backed uprising that overthrew and killed its longtime leader Muammar Gaddafi, the oil-rich Libya has two rival administrations in the west and east of the North African nation.

Haftar’s forces are supported by Egypt, Russia and the United Arab Emirates (United Arab Emirates). His fighters withdrew from the southern suburbs of Tripoli and the entire west of the country in June after a series of defeats on the battlefield against the Turkish-backed GNA.

Turkish support has been vital for the GNA to repel the LNA offensive with advanced air defenses and drone attacks that have targeted Haftar’s supply lines and troop piles.

A Turkish source said last month that Turkey was discussing with the NGN to establish two military bases in Libya, one in al-Watiya, the most important air base in western Libya.

Turkish Defense Minister Hulusi Akar was in Tripoli for meetings with the GNA on Friday and Saturday.

During its advance to Tripoli last year, the LNA was assisted by Egyptian and United Arab Emirates air strikes. Last month, the United States said that Russia has sent at least 14 MiG29 and Su-24 warplanes to an LNA base.

The GNA and the LNA are now mobilizing forces on the new front lines between the cities of Misrata and Sirte.

Egypt has warned of any Turkey-backed attempt to take Sirte, which the LNA captured in January, could lead his army to intervene directly.