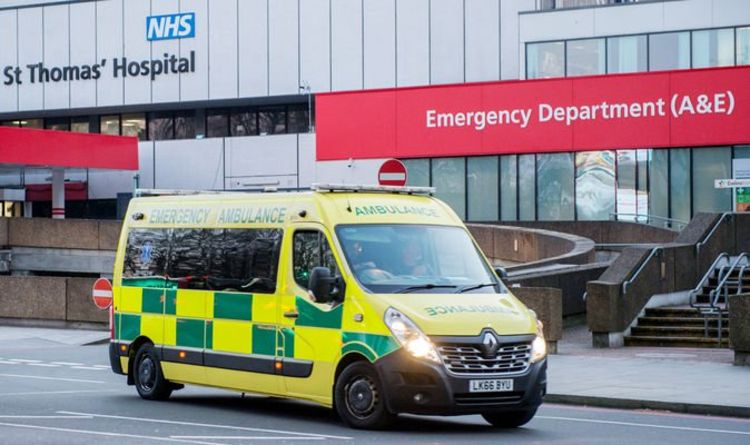 “They talk about waves after waves – the word I often use is a continuous tsunami.

“We are now seeing 30 percent, 40 percent and in some cases 50 percent of disease rates when staff catch the virus or are part of vulnerable groups or have to isolate themselves. This is an unprecedented absence rate.

“So what we have is a really bad combination: trusts try to handle a much bigger demand than they’ve ever had before with far fewer employees than before.”

Hopson also said that hospital leaders fear that the beds will be “very, very quickly” used up, even with the addition of additional capacity.

163 patients in the UK have been described as “in serious or critical conditions”, according to data from Worldometers, which provide in vivo coverage of the coronavirus.

The number of cases in the UK reached 9,529 on Wednesday, with the death toll rising by 43, bringing Britain’s total to 465.

Most cases in the UK are mainly located in London.

More than a third of the deaths have been in the capital, with figures reaching nearly 170 by Thursday.

ONLY IN: Macron on the verge: France turns on the president on coronavirus planning

London Mayor Sadiq Khan urged the public to stay home and avoid using public transportation, which he believes should only be used by key workers.

He said that doing this “will save the lives of Londoners”.

The mayor was heavily criticized this week after it emerged that many London underground services were full of commuters.

But Khan reassured London’s public transport that he saw a drop in people using the services daily.

Khan said that early morning subway use declined 13% from the previous day, while bus use declined 8% in the same period.

He wrote on Twitter: “Thanks to all Londoners who are following the rules and staying at home.

“The longer we stay at home, the more lives we can save.”