Men imprisoned after 29 immigrants found in the van 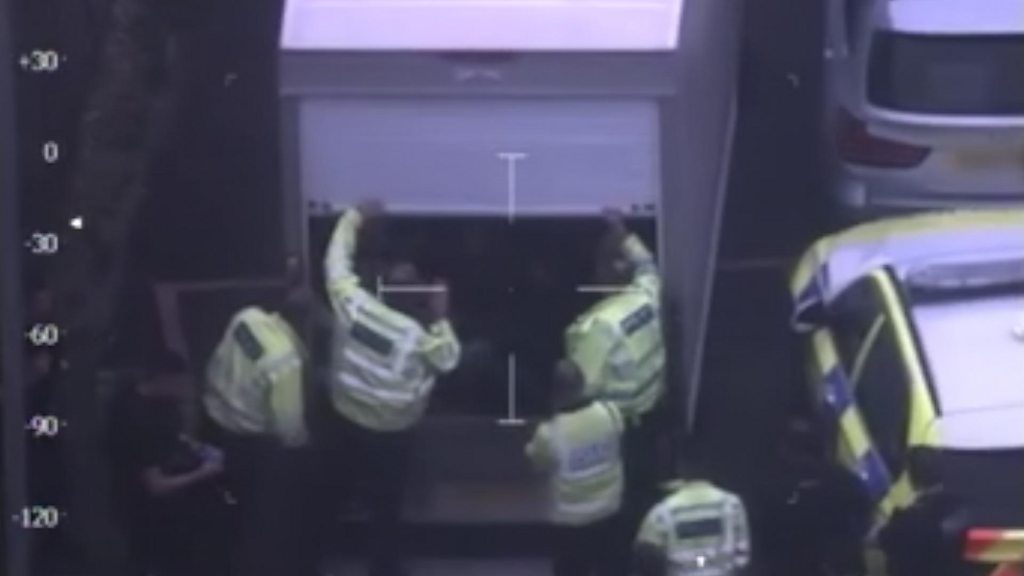 Four men were jailed for their role in bringing 29 immigrants to the country.

Vietnamese citizens, including 17 children, were found in the back of a van on the M5 last year.

They had been seen climbing the back of the van in Newlyn, Cornwall after getting off a 42-foot (13m) yacht.

Frank Walling, Glen Bennett and Jon Ransom were jailed for four and a half years in the Truro Crown Court, while Keith Plummer was sentenced to 40 months.

Walling, 72, of Colne, Lancashire, owned the yacht and sailed it from France with Burnley’s 55-year-old Bennett.

Plummer, 62, of Sheerness, Kent, hired and drove the van after traveling in Cornwall in convoy with 63-year-old Ranson, also from Sheerness.

Ransom was found guilty of helping illegal immigration after a trial last year, while the other three defendants admitted the same charge.

One of the adults in the van was expelled but 11 others disappeared, along with at least three children, he listened to the court.

Judge Robert Longford told the defendants that they were “trading in human misery”.

He said, “This was a well-organized, profit-making operation. In that van, being transported as a freight, there were 29 living beings who breathed, desperate human beings you didn’t take care of anyone.”

The “Johann Sebastian” yacht had sailed from Roscoff to France and bad weather conditions delayed the trip meaning that they arrived during the daytime and the locals contacted the police.

The ship was described in court as “dilapidated”.

The van was stopped by police near Cullompton, Devon later on the morning of April 12.

The officers opened the shutters and found 29 people sitting on the floor.

2020-02-24
Previous Post: ‘He can’t see us winning’ – What fans of Rotherham from Coventry City are doing
Next Post: “Nobody told me that my husband’s killer was in my hometown”