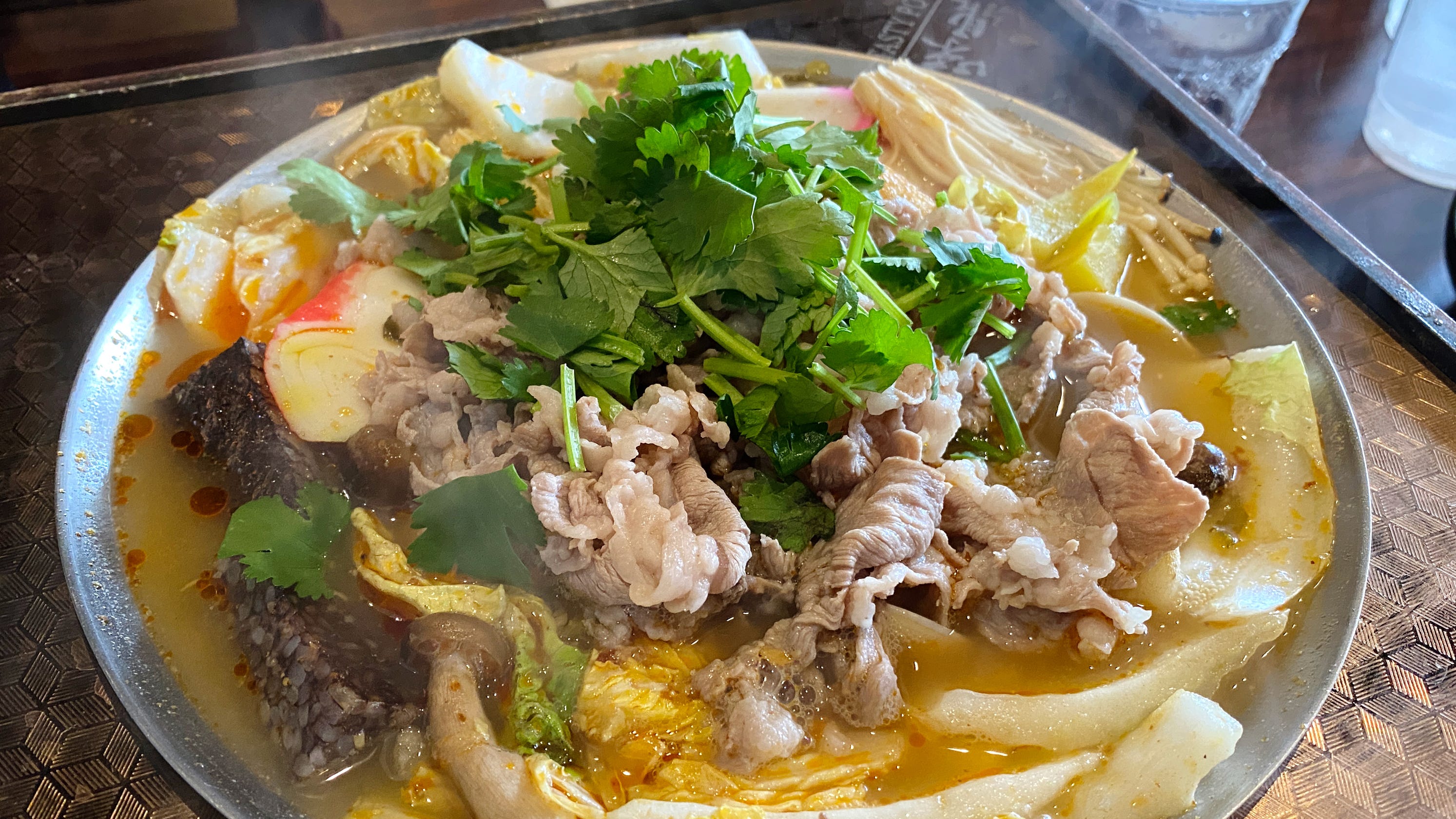 First bite: our critic shares some thoughts on a new (or new for him) restaurant after an informal visit or two.

In case you haven’t noticed – and if you don’t live in the East Valley, you will be forgiven for losing this, the hot pot is not only having a moment, but it is also a trend that is rapidly accelerating. Dunking vegetables, seafood and cold meats in a bubbling broth table pot is nothing new, but the sudden popularity and ubiquity of Asian restaurants for hot dishes from the valley certainly is.

(Excuse me while I catch my breath.)

Now comes Tasty Pot. While this new restaurant at Mekong Plaza in Mesa differs slightly from the others, it may also prove to be one of the best.

Here’s how different Tasty Pot is

With around two dozen locations across the country, Tasty Pot hails from San Jose, California, and calls itself a Taiwanese-style hot pot restaurant.

To the extent that Taiwan can be said to have a particular style, however.

Hot pot is hugely popular in Taiwan and if you can think of a style, size or hook, you will probably find it there. But the two fundamental components for any meal in a hot pot are a boiling cauldron of broth and an abundance of things to cook inside.

Where Tasty Pot differs from most of its local contemporaries is in the presentation.

Most of the local hot food restaurants have focused on one size at will. Choose your broth flavor – served individually or in a common bowl on the table – and go through a buffet line with dozens of cooking ingredients.

Tasty Pot, on the other hand, serves its pre-assembled hot pot just outside the kitchen – a generous bowl filled to the brim with all kinds of goodies, perched on an ornate pedestal that hides a small source of fuel to keep the broth boiling.

The format has its positives and negatives. Those who like the common look, who prefer to cook at their own pace or who love the flexibility of jumping high to get what they want from the bar may find Tasty Pot Limits. On the other hand, those who prefer a generous bowl all to they will find it in their alley.

Perhaps more importantly, Tasty Pot broths are unusually well balanced and the items that cook inside are a couple of notches above the average of the hot pot.

Of course, that doesn’t mean there aren’t many options.

What to expect from the Tasty Pot menu

Tasty Pot offers a dozen hot pots made from different broths and blends of ingredients, the only options are how spicy you would like and if you get rice or noodles on the side.

The basics are fairly simple: a simple Taiwanese-style beef or lamb soup made from broth with a full and well balanced flavor with a hint of aromatic spices. But even the simplest soups are stuffed with a fruit and vegetable drawer full of vegetables and there is no shortage of protein.

But the flavors can quickly become a little eccentric.

Curry is a strong offering, a fiery and downright sweet Chinese-style bowl that works in abundance of vermicelli noodles, tempura and a variety of fish balls, not to mention a whole egg yolk that you can mix for add some extra wealth.

One of the most unique, however – quite popular in Taiwan – is the “Cheesy Milk Hot Soup”, which is pretty much exactly what it sounds like. Impregnated with dairy products and perhaps with a touch of garlic, it is a delicate and smooth elixir that almost tastes like a creamy bisque diluted with a bold broth. It only becomes tastier when the grated cheese sprinkled on top melts and makes its way into crowns of broccoli and thick flakes of king oyster mushrooms underneath. And if you get caught by the distinctly refined spells of this bowl, you’ll be glad to know that the included “mini salami” is, directly, a sliced ​​hot dog.

There are also Japanese and Thai broths

The flavors are not limited to Taiwan and Chinese.

Also at the milder end of the spectrum, if not as well balanced as the milk soup, is the Japanese miso broth, heavy with boiled pork flakes, giant seaweed knots, gummy dumplings stuffed with fish eggs and a quarter giant of a Crab. It is Japanese-inspired but lacks the sophistication of the dishes on which it is based. The kimchi dumpling soup, meanwhile, is even more separate from its inspiration. With just a hint of kimchi flavor, the cravings for Korean-style soups are probably best saved for a trip to Hodori, a few kilometers down the road.

The Thai broth, however, boasts a wonderfully bright bouquet, with the flavors of lime, lemongrass, ginger and galangal, all wrapped in a spicy and aromatic punch. A bowl full of seafood works in abundance with crabs, clams and mussels, as well as tender octopuses and cuttlefish.

Those looking to hit the fish as hard as possible, however, may wish to consider the “hot lobster fish soup”, available both Thai-style and as a lighter fish-based broth. It accumulates in most of the above with even more vegetables and a whole lobster tail to boot.

The best bowls, however, may be the best Taiwanese and Chinese offerings.

The premium options may be the best

I have to admit I was surprised at how well balanced Sichuan broth is. Nail the classic profile, both numb and hot (quite hot, actually, even if ordered medium) with lots of cumin and star anise. It will not stand on tiptoe with the best Sichuan restaurants in town, but it sizzles and satisfies with tender fish fillets, zucchini sticks and plates of chopped chopped potatoes that slowly absorb the intoxicating fire of the broth while they cook on a slow fire. The professional move is to give him some time before digging.

The “Taiwanese supreme spicy soup”, meanwhile, is not as aggressively hot, exchanging part of the fire with a little balancing sweetness and a decidedly sour punch. Here, among other items, you will find slurpy beech mushrooms, huge pieces of beef tendon and small cakes made of cooked rice and pig blood which have a delicate flavor and a pleasant and delicious bite.

Those looking to push funk to higher levels, however, will want to make an example for the smelly bowl of tofu. One of Taiwan’s most popular typical foods, this fermented tofu takes on a strong pungency which can range from “having a little funk” to “smelling it from 20 steps”. Tasty Pot’s fermented tofu is located at the most delicate end of the spectrum, but its pungency is still quite pronounced, particularly if combined with slices of pork intestine that cook at the bottom of the bowl.

A trio of dipping table condiments – chili oil, fermented soy and soy garlic – along with a page of extra ingredients and a selection of boba tea and drinks complete the menu, but that’s all. The strengths of the restaurant are its objectives.

Tasty Pot does one thing. And it does it damn well.

Where is it: Inside Mekong Plaza, 66 S. Dobson Road, Mesa.

Have you tried anything delicious lately? Reach the reporter at [email protected] or at 602-444-8533. Follow him on chirping and Instagram @ skilletdoux and on Facebook on facebook.com/darmato.