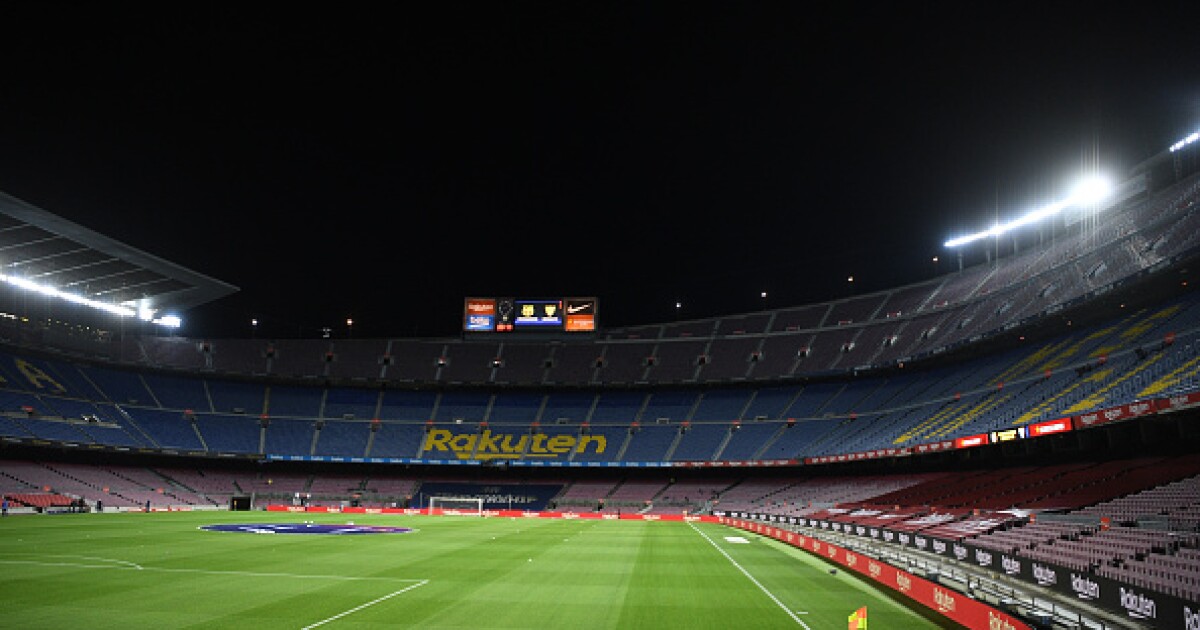 Barcelona will debut in the Champions League
2020-21 against the Hungarian Ferencvaros at the Camp Nou in a match that will ultimately not be attended by the public, as confirmed this Friday by the Generalitat of Catalonia through a statement.

The Catalan government explained that this Friday it held a virtual working meeting with the Barcelona
to address the possibility that the ‘Champions’ matches have fan assistance at the Camp Nou.

League of Spain: statistics, table of positions, parties and schedules of date 6

It should be remembered that UEFA allows clubs to play their home games with up to 30% of the capacity in their stadium if they have the approval of the local health authority.

During the meeting, it was agreed to create a technical working group coordinated by the General Secretariat of Sport, with the presence of experts from the Department of Health, Interior and Presidency-Sports of the Generalitat and the FC Barcelona
.

Ronald Koeman put Antoine Griezmann in his place: “The coach is in charge, the player must perform”

“The objective of the group will be to analyze and validate the protocols developed by the club to enable the presence of the public both at the Camp Nou and at the Palau Blaugrana, as well as the protocols associated with holding the vote of no confidence and the suitability of the dates planned depending on the evolution of the pandemic situation “, reported the Catalan government.

However, given that these analysis and validation works of the health protocols will last for a few days and the current epidemiological context, the Generalitat has already advanced that “the presence of the public will not be enabled”, in the Champions League meeting of the next October 20 against Ferencvaros and, during the next week, “the presence of the public in the Palau Blaugrana will not be enabled either.”