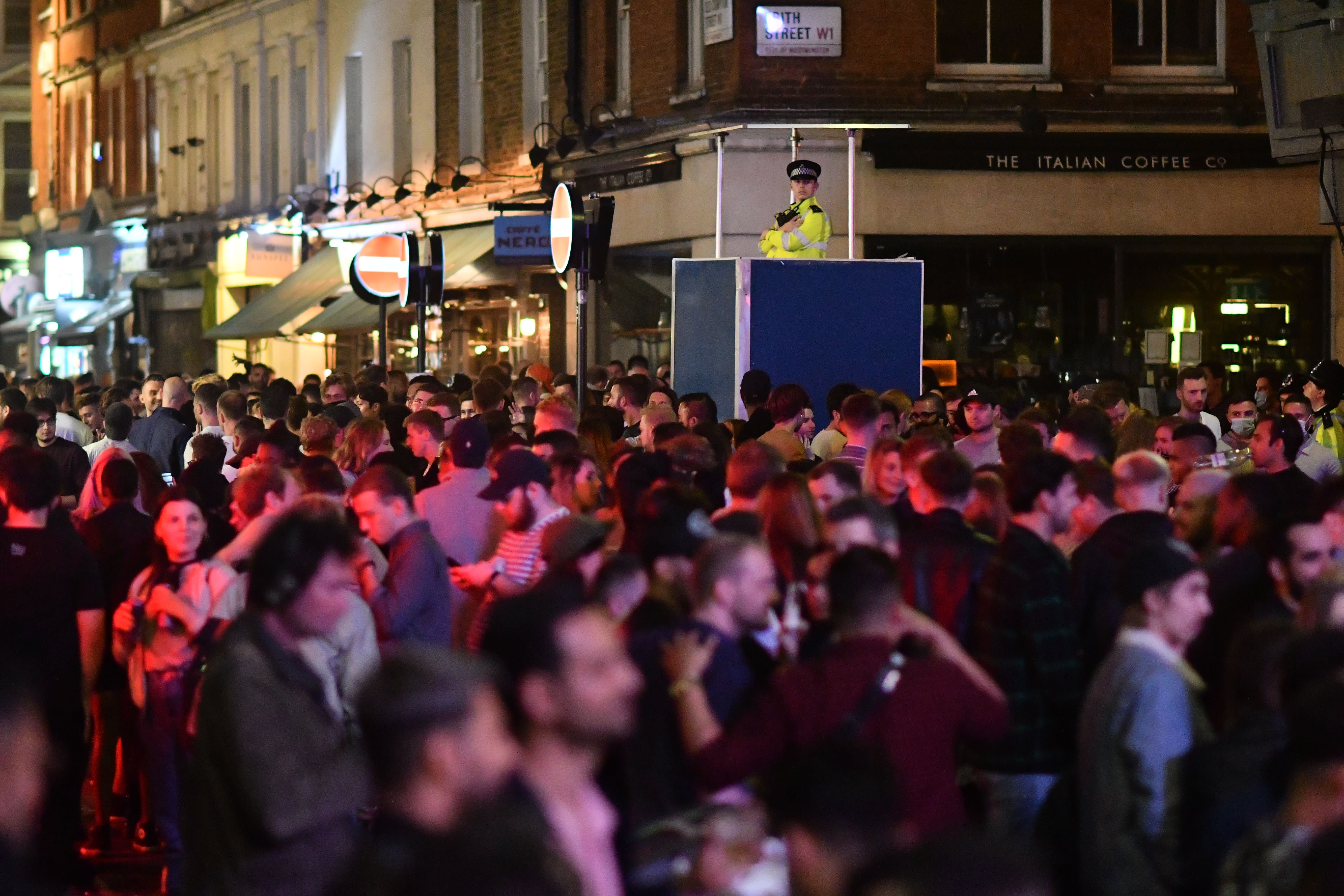 Super Saturday disappeared when revelers filled the streets of cities across England – the day pubs first opened after three months of coronavirus blockade.

Almost half of the pubs remained closed but, for those who opened, business was booming as an estimated £ 210 million had been spent in bars and restaurants across the country.

The blocking restrictions have been lifted and the offices have been open since 6 am.

Experts predicted that more than 15 million pints of beer would be sunk in a single day and as alcohol flowed and drinkers relaxed, so did their awareness of social distancing.

The images show that London’s Soho is teeming with drinkers in scenes reminiscent of street parties, and police across the country have urged people to stick to social distances to avoid a second spike in COVID-19 cases.

John Apter, president of the Police Federation, was on duty in Southampton and claimed that “crystalline” drinkers did not abide by the rules of social removal.

Apter said he was dealing with “naked men, happy drunks, angry drunks, fighting and angrier drunks,” adding: “What was crystal clear is that drunk people cannot / do not want to socially distance themselves.

“It was a busy night but the shift managed to cope. I know that other areas have had problems with the attacked officers. “

Nottinghamshire police arrested four people after reporting anti-social behavior in “a small number of pubs in the north of the county”. As a result, five locations have chosen to “close their premises”.

Over 200 people have been transferred by police after an “illegal rave” on Teesside.

British Chief Medical Officer Professor Chris Whitty warned that the pandemic “is very far away” and urged the public to follow the rules of social distancing when pubs and restaurants were reopened.

Speaking on Friday, Whitty said, “None of us believe … this is a risk-free next step. It’s absolutely not, that’s why we have to be really serious about it.

“We must have a very clear and very disciplined approach to trying to keep social distances while enjoying pubs.”

And Boris Johson had warned Friday evening “we are not out of the woods yet”, saying the added ministers “will not hesitate to brake and re-impose restrictions” in the event of an outbreak.

Health Secretary Matt Hancock told the Daily Mail that people had the right to have fun in pubs, but added, “You could end up behind bars if you break the law.”

He also said that he would not evade the closure of pubs and restaurants and, if necessary, impose local blockades.

The West Midlands traffic police said they had arrested three alcoholic drinkers, one of whom was violent against officers.

However, some forces, including the Cambridgeshire police, have thanked people for acting responsibly.

In Leicester, where pubs were unable to reopen due to a localized blockade following a spike in coronavirus cases, police in the city center praised people for staying indoors and tweeted that “not you can see a soul “saturday evening.