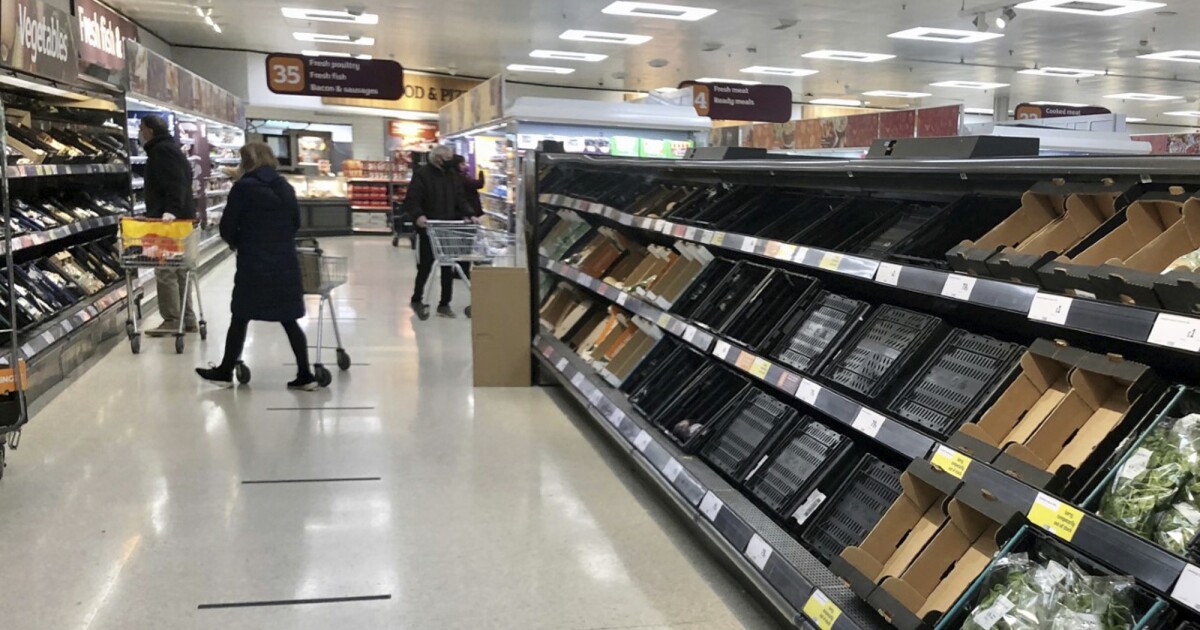 The UK’s largest supermarket chains warned on Wednesday that food supplies in Northern Ireland face disruptions due to new controls imposed by Britain’s exit from the European Union.

After photos were released showing empty shelves, the CEOs of Tesco, Sainsbury’s, Asda, Iceland, Co-Op and Marks & Spencer wrote to the government saying there would be a “significant disruption” unless urgent action was taken to fix a “not working” system.

Britain exited the EU economic bloc, the final stage of Brexit, at the end of 2020. A trade deal that went into effect on January 1 allows both sides to trade goods without quotas or tariffs, but that is a far cry from smooth trade. and hassle-free that the UK enjoyed while being part of the 27 nation single market. Businesses now face new expenses and red tape, including customs declarations and border controls.

Northern Ireland remains closely linked to the bloc’s economy under the terms of the Brexit divorce to protect its open border with the neighboring Republic of Ireland, which is part of the EU. That means there are new controls between Northern Ireland and the rest of the UK, including customs declarations for goods and export health certificates for food products of animal origin.

A three-month grace period means that some measures will be imposed until April 1, but companies are concerned about the new paperwork.

Ian Wright, executive director of the Food and Drink Federation of Great Britain, told a committee of lawmakers that Northern Ireland risked going “from color television to black and white” in terms of food choices.

The British government said in a statement that “a new dedicated team has already been established in government and will work with supermarkets, the food industry and the Northern Irish Executive to develop ways to streamline the movement of goods.”