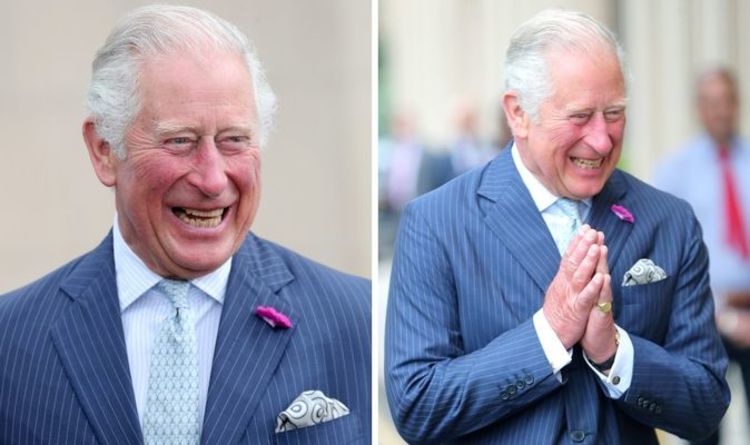 Prince Charles, 71, paid tribute to the “expensive sacrifices” made by doctors, nurses, paramedics and other health workers during the coronavirus pandemic. The heart of the throne also praised the “renewal of our community spirit” seen during the blockade, while the British hurried to help the most vulnerable people.

He also thanked the main workers for playing such a vital role during the pandemic and the nation for adhering to the blocking rules.

Charles, who tested positive for COVID-19 in March, commented in a heartfelt video message to mark the anniversary of the NHS.

He said, “Despite all that has been endured, there is a profound cause for gratitude and a real cause for pride.”

The NHS was launched on July 5, 1948 by former Labor health minister Aneurin Bevan when it opened Manchester’s Trafford General Hospital as the first NHS institution.

Since that day, healthcare has become free for all and the national health service has taken over 480,000 hospital beds in England and Wales, including around 125,000 nurses and 5,000 consultants.

The launch of the new health service was based on the recommendations contained in the 1942 Beveridge report which required a state welfare system.

According to William Beveridge, the author of the document, a nationalized health service was just one way Britain could help defeat need, disease, ignorance, squalor and idleness.

In his pre-recorded message, Prince Charles said: “After more than seven decades, that founding principle, although now familiar, is still a deeply moving affirmation of our values ​​- and has never been more relevant than it is now.

ONLY IN: Prince Charles publishes an important message before the pubs reopen

He said: “Of course, all of our society has faced this extraordinary challenge: from the farmers, fruit and vegetable pickers, delivery drivers and workers who supplied our food, to the energy workers who turned on the lights, to the staff transport and civil servants and businessmen who continued to provide vital services.

“Every new difficulty has encountered a new solution.

“Countless volunteers have come forward to help those most in need and, of course, all have had their role to play by listening to official advice to help stop the spread of this cruel virus.

“This renewal of our community spirit was a silver coating during this dark period.”

The Prince, who met with NHS workers when he visited a hospital in Gloucester last month, added: “Over the past few months, the phrase” protect “has taken on an emphasis it did not have before.

“But while the meaning may be new, the principle of protection for those in need is timeless.”