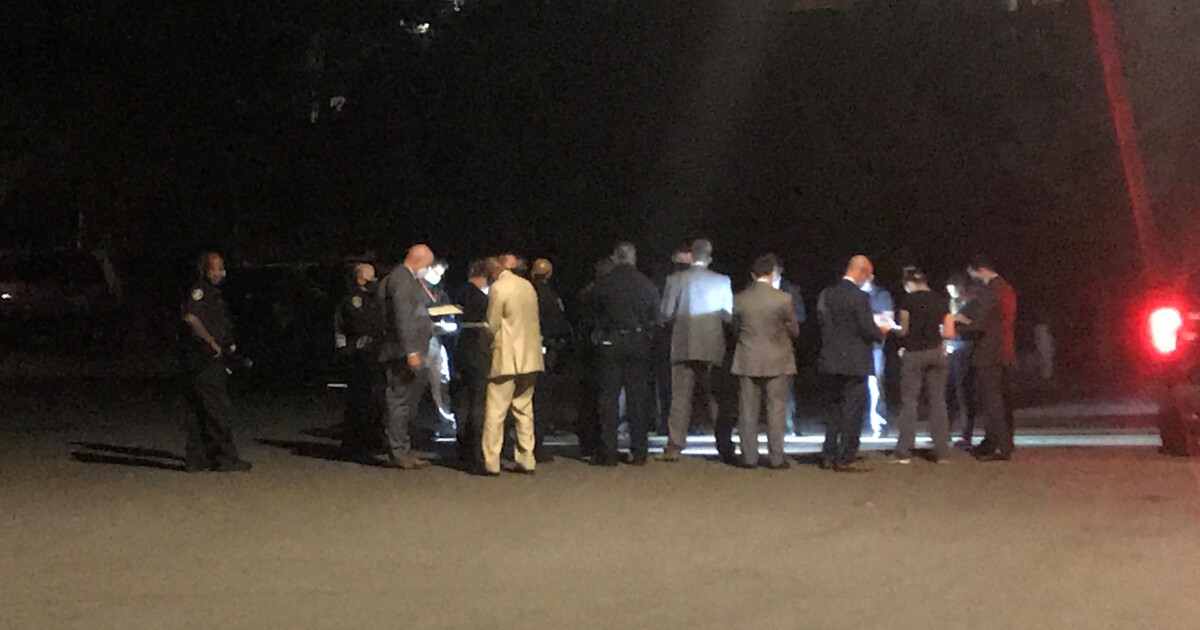 A San Diego police officer responding to a call about a domestic disturbance in Rancho Peñasquitos shot and injured a man Wednesday night, police said.

It happened shortly after 7:30 p.m. at Celtic Court, a cul-de-sac off Donaker Street in a neighborhood of wide, winding streets and two-story houses south of Carmel Valley Road between Black Mountain Road and Camino Del Sur.

At 10:30 p.m. Wednesday night, the man who was shot was undergoing surgery, and his condition was unknown, San Diego Police Homicide Captain Rich Freedman told reporters.

The man, whose name was not released, is believed to be 60 years old, and is said to have been conscious and talking before medics removed him from the scene, according to police.

A woman believed to be the man’s wife called 911 around 7:20 p.m. to report some sort of domestic incident, Freedman said. During the call, the dispatcher could hear the man “talking about wanting the police to shoot him,” and there were indications that there were firearms in the house.

Several officers responded, initially staying away from the home because of the alleged threats and the apparent presence of weapons, Freedman said. But they decided to approach the house when the dispatcher told them that she could hear on the phone what sounded like a physical confrontation between the couple inside the house.

Officers bumped into the man and woman on the front porch and tried to stop him, at which point he allegedly pulled out a gun “and started pointing it at the officers,” Freedman said.

An officer fired a single shot, hitting the man in the torso, according to Freedman. No officer was injured, nor was the woman who called 911.

Investigators recovered the man’s gun after the shooting, although it was too early to tell if it was loaded, Freedman said. Officers at the scene were equipped with body cameras that captured the shooting.