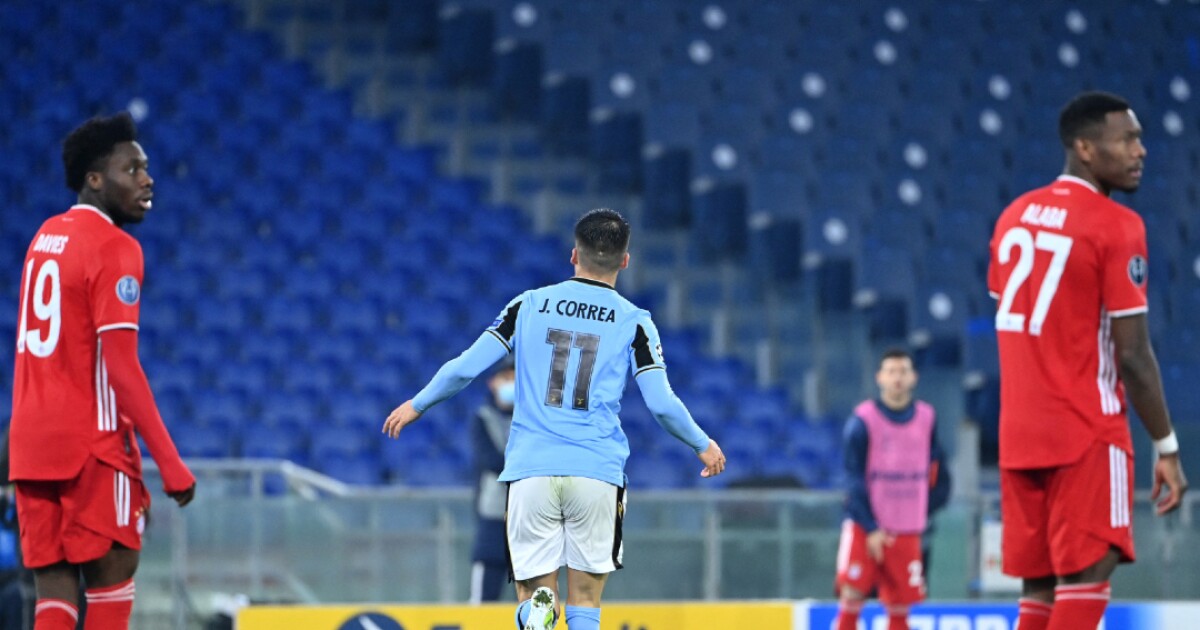 This Tuesday, in the first leg of the round of 16 of the Champions League
At the Olympic Stadium in Rome, between Lazio and Bayern Munich, the locals scored the honor goal by Joaquín Correa.

At 48 minutes, just started the second half, and after the fourth goal of the Bavarians, the Argentine attacker had a good individual action and with solvency scored the goal that sentenced the score of the commitment.