Shocking footage shows an adriver screaming “I am Jesus”, jumping into a bus stop and killing a man 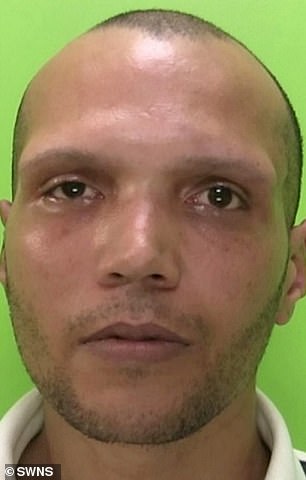 This is the shocking moment that a furious thug shouted “I am Jesus!” moments before plowing his stolen car in a bus stop, killing a retired magistrate.

Gavin Collins, 39, had been released from prison a few days before breaking loose in a 30-minute crime in which he broke into three cars, one of which crashed into 87-year-old grandfather Terry Radford.

He also raided three properties, raided two houses, and repeatedly rammed a police car as he tried to escape during half an hour of chaos in Nottinghamshire, which saw him imprisoned yesterday.

The shocking footage of the dashcam during the spree shows him driving irregularly and screaming “Come on! Come on! I’m angry. I am Jesus. I am the descendant of God.” 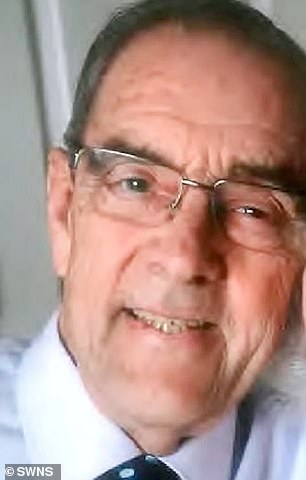 As Collins runs down the street, he shouts, ‘Watch me go! I am getting stronger from the second ‘before crashing into a house moments later.

In Nottingham Crown Court was told how Collins broke into a man’s home in Tibshelf, Derbyshire on April 19 of last year and grabbed the keys to his car.

After losing control of the vehicle, he crashed into a house on Mansfield Road in Skegby, Notts.

He then stole a woman who was driving on the A38 by opening the door of her car and forcing her to go out on the road.

A few minutes later Collins got out of the car, after running into some barriers, and approached a house on foot.

He knocked on the window screaming to be let in before taking a slab from the garden and throwing it against the shattered patio doors. 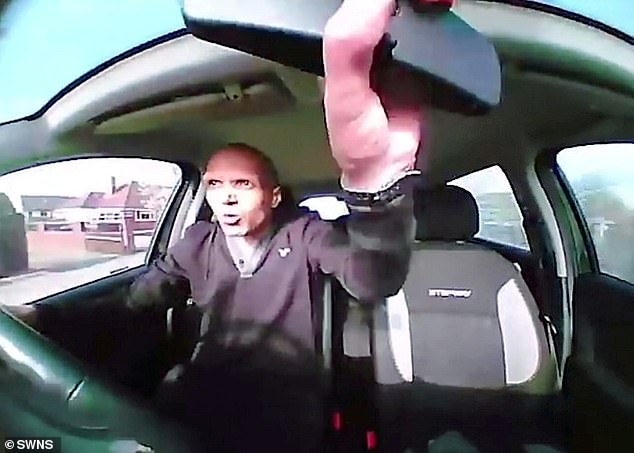 After entering a car, Collins rips out of the rearview mirror as he pushes past the others on the road 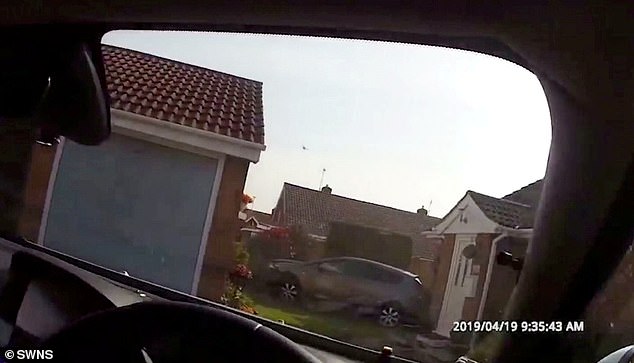 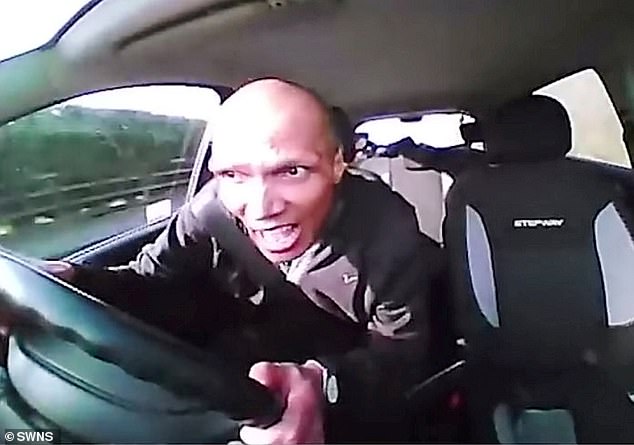 Collins broke into the interior and threatened the homeowners before leaving with their car keys.

Then he went to a nearby property where he asked the resident to remove an electronic tag from his ankle.

Collins left in their Seat Leon for about 20 meters before reversing the gear, setting up the sidewalk and hitting Mr. Radford who was waiting at a bus stop.

The retired grandfather and magistrate suffered horrible injuries and died on the scene.

Collins hastened to run again, but was stopped by the police in the dead end.

Further footage shows the killer repeatedly repeating the police car and flipping over a wall before leaving.

A few moments later, he was surrounded by officers with tasers after crashing into a tree and being trapped in the car.

Yesterday Collins was imprisoned for life, with a minimum of 14 years of service, after being found guilty of manslaughter because of reduced liability. 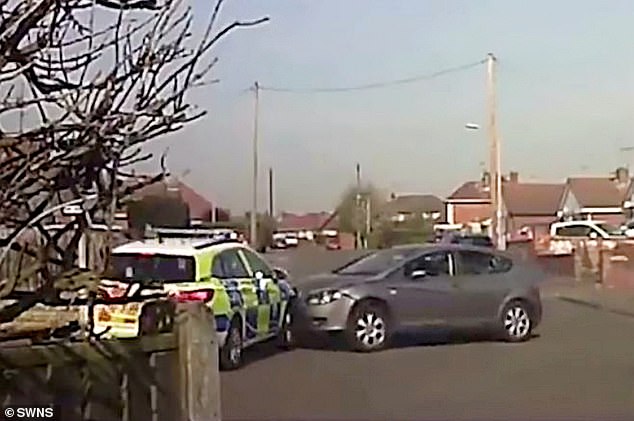 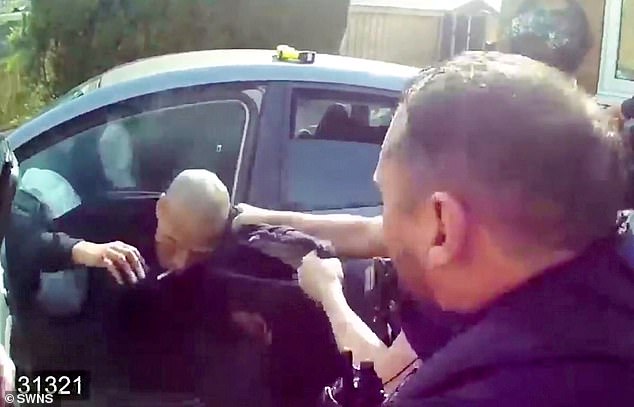 He was also found guilty of two aggravated vehicle pickup counts, two burglary counts and an attempted robbery count in connection with a series of accidents in Mansfield and Ashfield.

The mourning family of mr. Radford said in a statement: “We are absolutely devastated by the loss of the most wonderful dad and grandfather who have been loved and respected by everyone.

‘It was the centerpiece of our family. He was 87 years old, but remained intelligent, articulate and fun.

‘It was a great company to be with and was sharp as a pin.

‘He was extremely fit and most people took him for a healthy 70 year old.

‘After taking care of mom who suffered from extreme dementia and whom we lost last September, she was finally recovering her life.

‘He had planned three holidays for 2019, including in the United States and a European river cruise.

“Now he won’t be able to live those dreams and his family and a large circle of friends will not be able to share more beautiful moments with him.”

Nottinghamshire police inspector Becky Hodgman said: “This is a tragic set of circumstances that has obviously had a devastating and profound impact on Mr. Radford’s family and friends.

“Our thoughts continue to be with them in this extremely difficult time, as well as with those people affected by Collins’ actions that day.”