Stabbing on Bristol rollerblades: “I thought my friend would be killed” 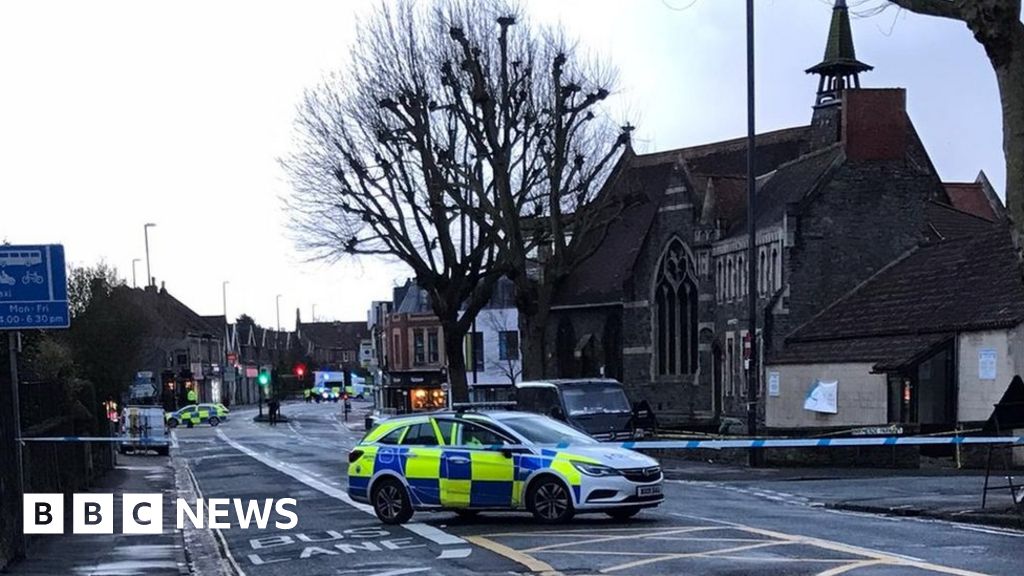 A man who faced a knife attacker on roller skates while stabbing people in Bristol feared that a friend with him would be killed.

Gary Stancer – who initially thought the weapon was a toy – used a road sign to try to disarm the man who was rallying pedestrians on Wells Road.

Avon and Somerset police praised the people who challenged the attacker before the officers arrived on Tuesday afternoon.

A 37-year-old man was arrested on the scene and taken to hospital.

Officers were called to Wells Road, south of Bristol, immediately after 15:00 GMT.

Stancer said he reacted after seeing someone stabbed in the back with what he initially thought was a toy.

When he realized that the weapon was real, he and his friend Rob chased the man on nearby Redcatch Road, where he turned to them.

“I thought he was killing Rob,” said Stancer. “He took him in the leg and then stabbed him a few times.

“I took a road sign and attached it with it.”

The agents then arrived on the scene and arrested the suspect, who remains in the hospital.

Three other people suffered knife injuries, but police say none of them were seriously injured.

The police are open-minded about the reason for the attacks, but have praised the people who challenged the man.

Inspector Nigel Colston said: “I would like to thank those members of the public who have given us assistance, which made a huge difference to what happened.”

He added that there will be additional patrols in the area in the coming days to reassure people.

“We understand the concerns of the public. We remind them that in general this is a safe place,” said Ch Insp Colston.

2020-02-26
Previous Post: The boy hijacks the BBC interview with mom about Tesla’s accident, showing his tummy live
Next Post: Tesla and Panasonic close the solar joint venture at Giga in New York ahead of the company talk event in April