The boy, 15 years old, jumped to death a few moments after the phone call to a friend, an investigation is heard 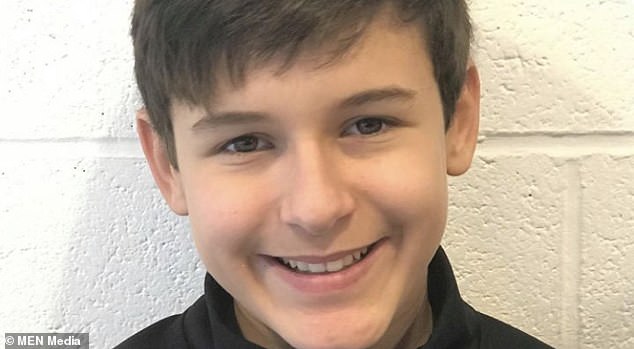 A 15-year-old boy jumped to death in college after a phone call to a friend he said he was “making sure to hug your parents,” he heard an investigation.

On June 3 of last year George Brankov gave his girlfriend a box of chocolates as she went to class at UTC Media College in Salford, Greater Manchester, climbed a ladder and jumped off a third-floor staircase. He suffered multiple injuries and died on the scene.

Police investigating the tragedy discovered that George had secretly stored the paracetamol at home and at the time of his death he was talking on the phone with a friend, yesterday he heard Bolton Coroner’s Court.

George said to his friend, ‘Make sure you hug your parents. You never know when they are really gone. The only people who claim to love me are my mom, dad, girl and you. Nobody cares.’

George Brankov (pictured), 15, jumped to death in college after being traumatized by his experience in a hospital in Bulgaria, an investigation heard Thursday 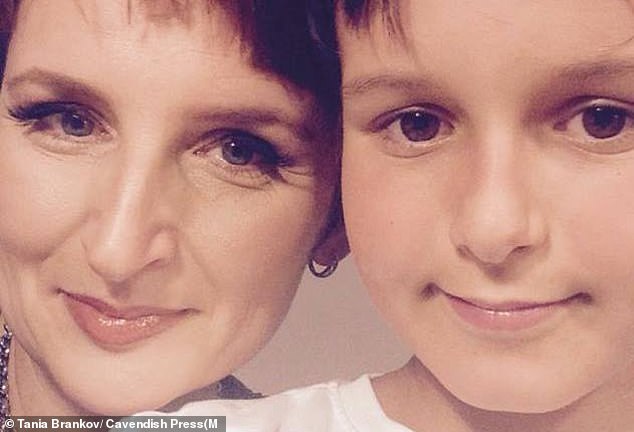 George, on the right, with his mother Tania, on the left. The teenager mentioned the suffering of the “flashbacks” since his family had to go home after visiting the hours during hospitalization

George, who lived near Manchester, had been hospitalized for three weeks in 2010 for medical treatment at the age of six, after suffering from a severe abscess when he was six on a family vacation.

He had mentioned the suffering of the “flashbacks” since his family had to go home after visiting the hours and assisted seriously ill and dying children who fought serious illnesses in the ward.

Although he had been counseled by mental health experts, George never forgot hospitalization and was “sticky” with his family.

At home he continued to insist on sleeping in his parents’ bed and he also erroneously believed that few people took care of him and that he was losing his circle of friends.

George, a pupil of the 10th year of UTC, lived in the North of the Moro with his family and was an athletic boy who loved tennis and skiing and who should have taken his GCSE.

But the investigation reported that his problems began at the age of six when he fell ill during a family vacation in his native Bulgaria after developing a severe abscess following treatment for appendicitis.

He was initially hospitalized in an intensive care unit for a week, then went to a children’s ward for another two weeks to recover from the surgery.

Her mother Tania, a software company executive, said at the hearing: “The hospital in Bulgaria has a regime where parents are only allowed for 30 minutes a day because the children are in such serious condition that staff cannot have people in and out of the ward. 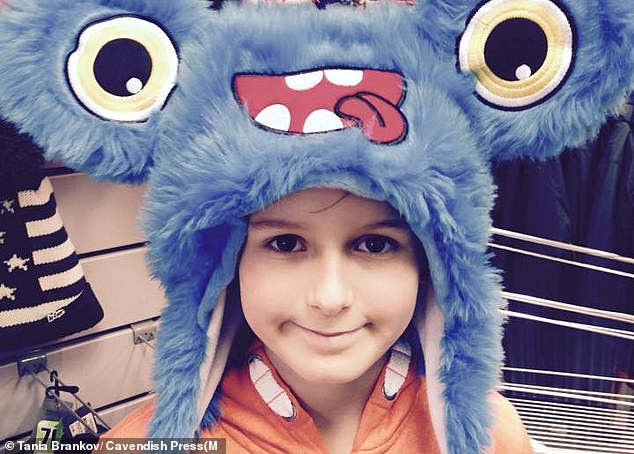 ‘It has been explained that they have to lock the ward and keep their parents out and they will only let us in for half an hour a day.

‘George had never been separated from us ever in his life. He may also have witnessed other children who are feeling really bad, more of him and some have died and this may have affected him a lot. When we returned to the UK, it was very sticky and kept coming into our bed.

‘The time has come when he realized that it is not normal for an almost 11-year-old boy to sleep with his parents, but he didn’t like being left alone. He tried to manage it, he saw our family doctor and we tried to make him sleep in his bedroom.

‘But he became quite anxious about small things and found the big school difficult and unfortunately the environment of children with different backgrounds. We tried to support him as much as possible, but he said: “I have lost my appetite, I don’t care about the things I’m usually interested in and I don’t sleep very well.” He said he was very tired in the classroom and could not be disturbed. “

Kirstie Beasley, a mental health practitioner who recommended George for his mood moods just a month before his death, said: ‘Some of his movements seemed a little slow and I asked him and used words like’ angry, sad, nothing, happiness is rare.

‘He was unmotivated and describes having flashbacks as a child in the hospital. He remembered other children who were very sick and died while he was admitted to Bulgaria.

‘I wasn’t sure there were triggers and something going on around him causing these flashbacks. He acknowledged that he was having suicidal thoughts, but was unable to tell how long he had had them. He said he had them for a while and that perhaps they had been getting worse over the past three months and that he was saying, “Life wasn’t worth living.”

‘He referred to the jump and said he thought about it, but said he would never do it because he was afraid of failure and embarrassment for other people who saw him.

‘He was also frightened if things went wrong and he became paralyzed by describing himself as an athlete who plays tennis and skis and the impact. He considered it a very fleeting thought – and not something he thought he was doing. He told us he had access to paracetamol. 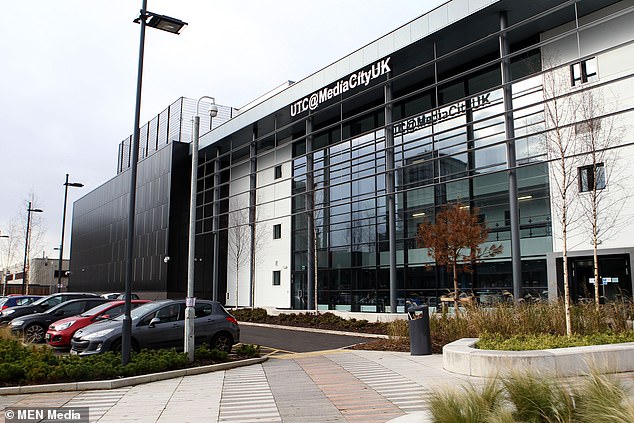 The 15-year-old jumped to death after climbing a set of stairs at UTC Media College (pictured above) in Salford, Greater Manchester on June 3 last year.

‘Although George was talking about having suicidal thoughts, he had given me enough reassurance that he was having thoughts but would not act on them. He was working with us and wanted to be treated in the community. He talked about how he had a relationship with his family and this was important to him. “

On the day of his death, George was supposed to attend an English lesson, but instead he remained in a college toilet after a science teacher told him he had used the phone during an earlier lesson.

Police coroner agent Julie-Ann Hyde said: “George was seen climbing the stairs to the third floor and telephoning someone.

‘He was clearly looking over the railing to make sure it was clear. During the 20-minute phone call he said he would do something, but his friend thought he wasn’t serious.

‘He thought he was just talking from the top of his head and didn’t realize that he would actually do it. But there is a point in the conversation where the friend decided he was serious and did the countdown from 3, 2, 1. He was still on the phone with his friend when he laid him on the floor and then jumped off the railing.

He added: “There are numerous text messages and their general nature was similar to the telephone conversation. He described how displeased he was with some of the people he considered friends who walked away from him, but his friend tries to convince him that he is not as gloomy as he thinks Unfortunately he seems to have felt isolated from other people. ‘

Recording a suicide conclusion, coroner Stephen Teasdale said: ‘George was a polite, kind and caring young man who was athletic and who loved skiing and tennis and was sociable. But his perception was that he was starting to lose his social contacts and friends.

‘I’m sure it wasn’t true, but that was his perception and he was traumatized by the event in Bulgaria when he was six years old – an event that was completely beyond the control of his parents and himself.

‘The result of separation anxiety and trauma was something a six year old should not have seen and this had a lasting effect. When he was given treatment, he revealed things there that his mother was unaware of, especially the buildup of acetaminophen and the thought of ending his life.

‘Even if antidepressants had been prescribed, it would have had no immediate effect. He returned after a week of vacation and there were no particular signs that would have led both parents to consider that they were particularly at risk.

‘In the morning she went through her friends and accompanied her to school and then went to her school. But it seems that things have become particularly intolerable for him.

For confidential support in the UK call the Samaritans at 116123, visit a local Samaritan branch or click here for details.