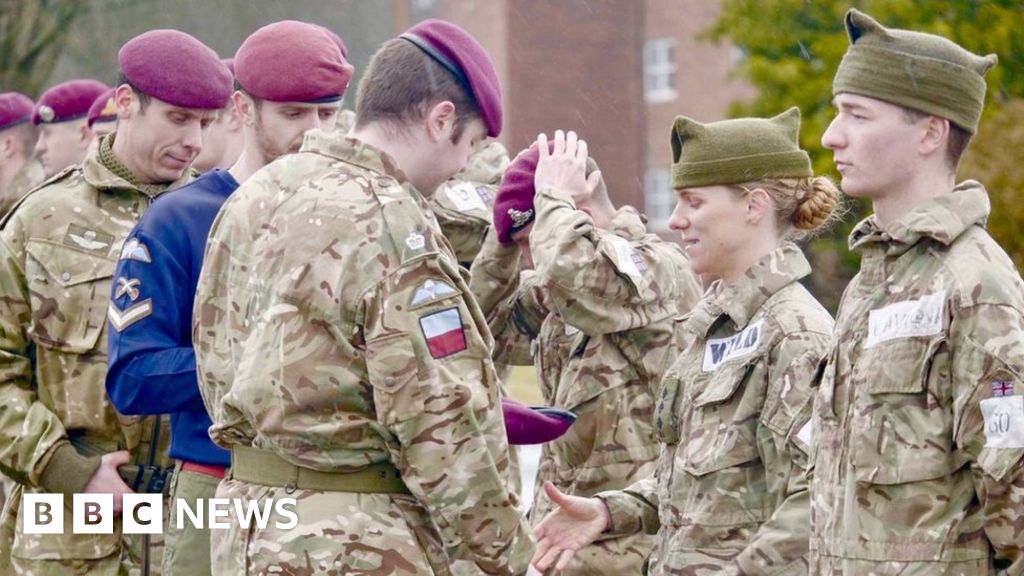 Captain Rosie Wild, 28, has been described as a “pioneer” after passing the course of company P – that many men fail.

Several women have attempted Company P, also known as the All Arms Pre-Parachute Selection (AAPPS), since they were able to apply for the first time in the 1990s.

Physical challenges over the five days include a 20-mile endurance march on time and an air assault course.

Capt Wild was honored with the coveted maroon cap of the Parachute Regiment, or Paras, on Tuesday, although he will not join the regiment.

It will serve in the royal horse artillery of the 7th parachute regiment, which is assigned to the 16th Air Assault Brigade, the army’s rapid reaction force.

Brigadier John Clark, commander of the 16th Air Assault Brigade, said he hoped that Capt Wild’s success “will encourage other women to try.”

“A more representative force will make us stronger,” he added.

The eight tests of the P Company course include:

Capt Wild, who is also a competitive triathlete, joined the army three years ago.

In 2017 she was given the sword of honor at the Royal Military Academy in Sandhurst, awarded to the best hiring cadet.