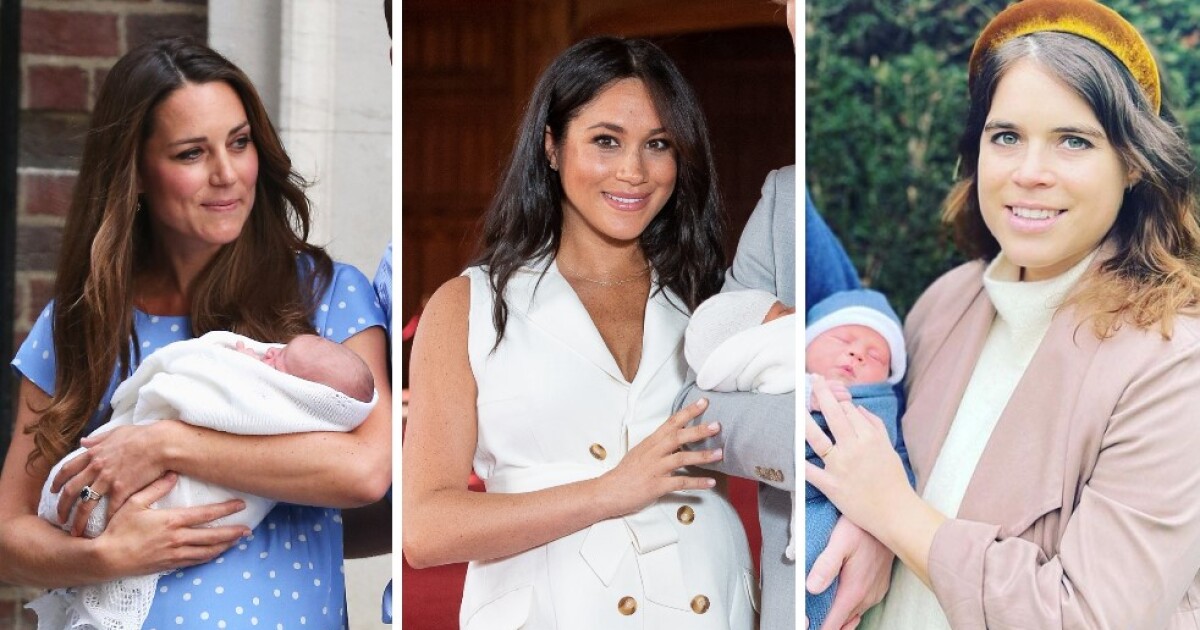 While, in the case of Kate Middleton , she has stuck to tradition after the birth of her three children. The Duchess posed outside the hospital, just as Princess Diana once did, but then what is the detail that the royal women agreed on?

Despite the fact that the three women belong to the royal family – at least until that moment, considering Meghan’s current situation – they all showed themselves without any pretense, but, above all, exposing their postpartum figure without prejudice. .

Princess Eugenie chose a white funnel neck dress and a pale pink trench coat. The only detail with a touch of glamor was her velvet headband from the American firm Jennifer Behr, for 185 euros. The youngest daughter of Prince Andrew and Sarah Ferguson wore a very natural look, with almost no makeup.