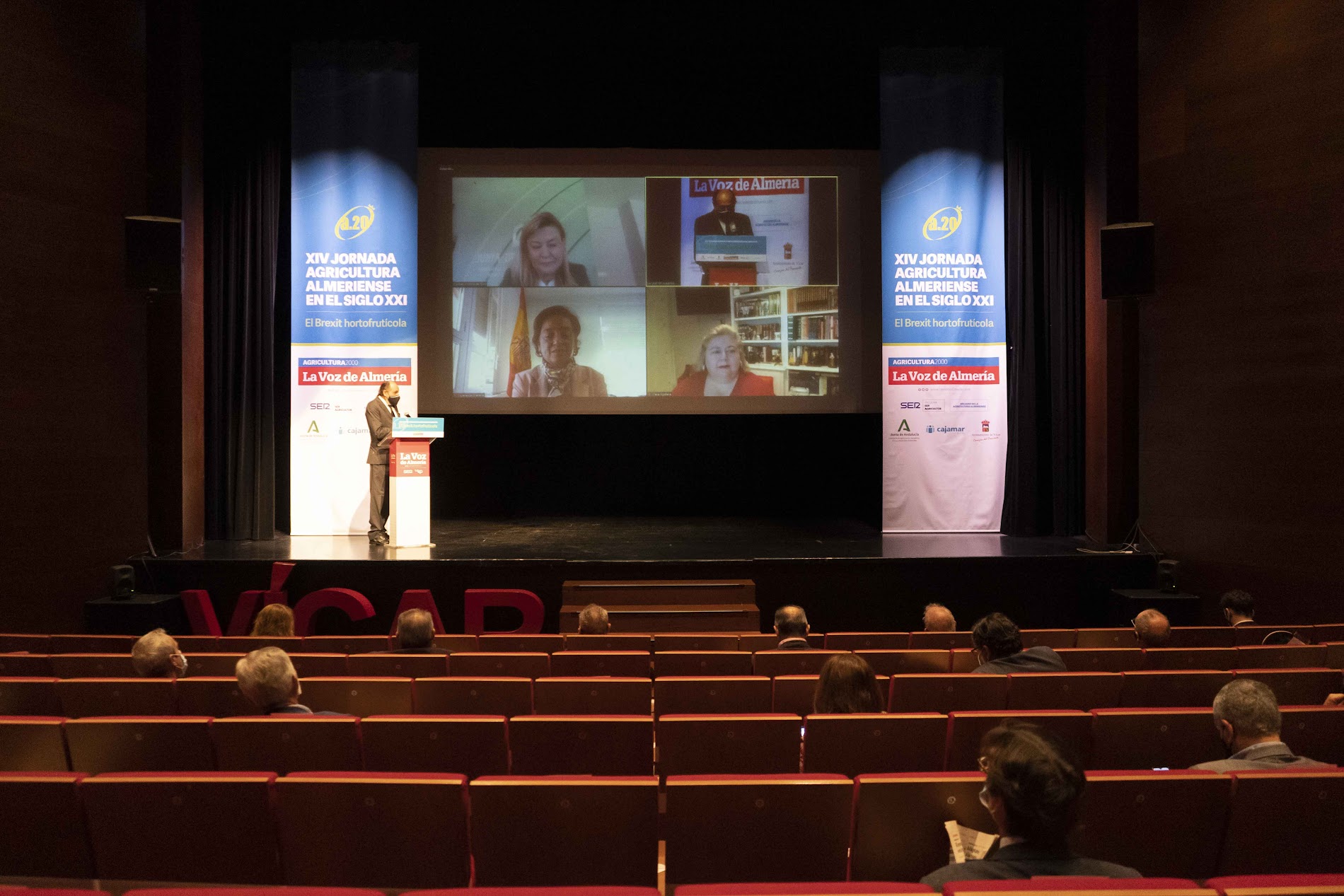 Brexit, or more specifically its effects on business transactions is just around the corner. For this reason, the XIV edition of the Almeria Agriculture Conference in the XXI Century was devoted on this occasion to analyzing the scenarios that are opening for the exports of Almeria companies that have their third market in the United Kingdom, a privilege that they want to maintain but still is to be defined.

Plenary of women at the conference, as highlighted by the Minister of Agriculture, Carmen Crespo, who recalled that 30 percent of cooperative members are women, “but only 5 percent in company management positions.” In addition to Crespo herself, the MEP and Vice-President of the Agriculture Committee of the European Parliament participated as speakers Clara Aguilera, the Deputy Director General for Agriculture of the European Commission, Maria de los Angeles Benitez, the general director of Industries, Innovation and Agrifood Chain of the Junta de Andalucía, Carmen Cristina de Toro, and the general director of Agricultural Productions and Markets of the Ministry of Agriculture, Fisheries and Food,, Esperanza Orellana.

The debate, proposed under the title ‘The fruit and vegetable brexit’ by the organizers, La Voz de Almería, Cadena SER and Agricultura2000, with the collaboration of Cajamar Caja Rural, the Junta de Andalucía and the Vícar City Council, it was held blended in the Auditorium Theater of this town in Poniente, and from its The beginning made clear the desire for a soft Brexit, which does not imply the imposition of new tariffs and which fosters an agile exchange of goods, particularly fresh products such as those produced in the Almeria countryside.

Negotiations continue and for the speakers who participated in the Conference this Thursday, any scenario is possible, but they point out that the European Union has sufficient strength to move towards the goal of creating a free trade area that allows to maintain commercial exchanges at a level similar to that enjoyed up to now.

A coincidence that is not an obstacle for them to remember that, after all, the United Kingdom will be for all purposes an extra-community country and, therefore, it must be prepared for any circumstance, including a lack of agreement that could lead to the arrival of different tariffs and conditions, such as export certificates, customs controls and exit or waste certifications.

Counselor Crespo asked that the EU take this possibility into account and, in addition to negotiating with the United Kingdom, Brussels take into account the results of the agreements, or the lack of them, to provide support to Spanish farmers, and with them from Almeria, both in terms of a possible reduction in exports and in the agreements that are signed with third countries so that there is greater control of imports to avoid negative impact on producers.