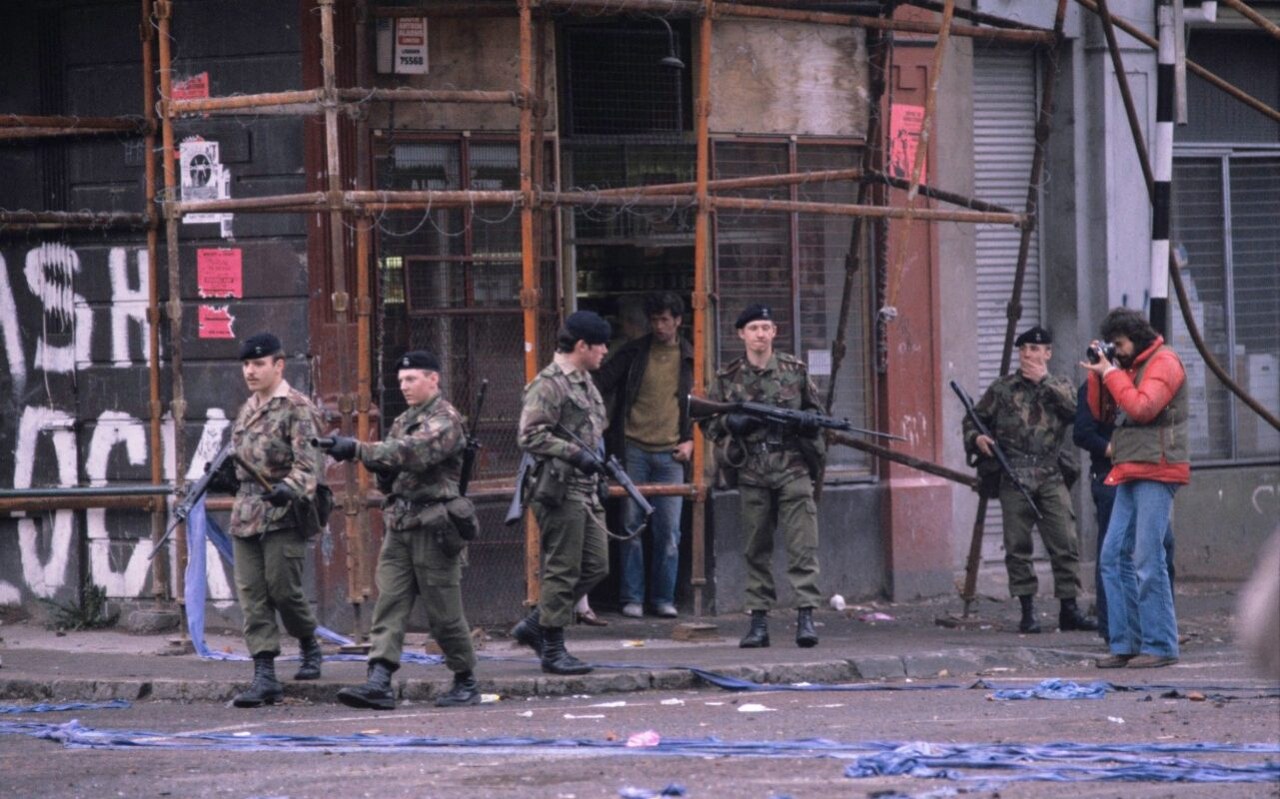 The government is under pressure to end the “witch hunt” against British veterans after a soldier who had been investigated about his actions in Northern Ireland committed suicide.

The veteran, named by friends like Eddie “Spud” Murphy, was found dead by his wife last Thursday following an investigation into his service during the troubles.

Friends fear that the pressure he tried to investigate historical allegations may have contributed to the tragedy.

The government has promised to protect veterans from prosecution, but has been concerned about the length of time that has been taken to introduce measures to safeguard them.

Six veterans of the British Army are currently facing the prospect of being tried in the courts of Northern Ireland.

Murphy is said to have served with the 1st battalion, Royal Highland Fusiliers, in Northern Ireland, where he survived at least one IRA bomb attack.

A friend who uses the name Dukesy broke the news of his death on Twitter, saying, “My friend took his own life today. He served in Northern Ireland was blown up by the IRA and was fortunate to survive.

“More recently he has been subject to the witch hunt of the Historical Inquiry. He tried to commit suicide three times before, this time he did it. A victim of the IRA. RIP Spud. “

A photograph thought to be of Mr. Murphy, who comes from a military family, was posted on social media showing him outside the Redford infantry barracks in Edinburgh. Another showed him on duty in Northern Ireland during the troubles.

Veteran Minister Johnny Mercer said he was aware of the veteran’s death and that the government was working quickly to protect British soldiers from being dragged to court decades after serving their country.

Mercer wrote on Twitter: “I am aware of this and my heart goes to this person and his family.

“This Prime Minister has promised legislation to end repeated and harassing harassment of veterans without new evidence. He instructed me to do it. By March 18th. And we will. “

Ian Duncan Smith, MP, who is chairman of the Veterans Support Group MP, told The Telegraph: “I am deeply saddened to hear the news of his death.

Too many ex-servicemen have to be involved in this review of historical cases. The government promised that it would stop this investigation unless there was new and convincing evidence.

“Too often ex-servicemen have the feeling that they have served their country, now they have been thrown by wolves by politicians. It is shameful.”

The Ministry of Defense did not comment on the death.

The news of the death comes after The Telegraph revealed that a veteran persecuted for the murder of a man during the troubles is taking the government to court to force ministers to keep their promise to protect ex-soldiers like him.

Dennis Hutchings, who will be tried next month for his alleged part in a fatal shooting in 1974, is seeking a judicial review of the government’s promise to protect older veterans from prosecutions for their actions in Northern Ireland.

Hutchings, 78, accused ministers of abandoning him and other veterans who risked their lives while serving in the province.

The former member of the Life Guards regiment has pleaded not guilty to the attempted murder of a man with learning difficulties during the conflict. John Pat Cunningham, 27, died after being shot in the back while escaping from an army patrol near Benburb, Co Tyrone.

Mr. Hutchings wants ministers to urgently introduce legislation to support their commitment to protect veterans from what he calls “vexatious” legal action in Northern Ireland.

Commenting on the suicide of a veteran colleague, Mr. Hutchings, he said, “It wouldn’t surprise me that it happened. I know how all the stress feels.”

Hutchings’ attorney Matthew Jury of McCue & Partners added: “This death underscores the need for the government to intervene urgently. He is desperately sad and not the first. “

This saw controversial “On the Run” letters issued to paramilitaries, giving them amnesty from the prosecution for crimes committed during the Troubles, between 1969 and 1998.

For confidential support and advice, call the Samaritans at 116 123 or visit www.samaritans.org.

2020-02-22
Previous Post: Mum “left the newborn with the umbilical cord still attached to die in the freezing cold”
Next Post: Doctors will be prohibited from sending unsolicited coronavirus warnings to patients