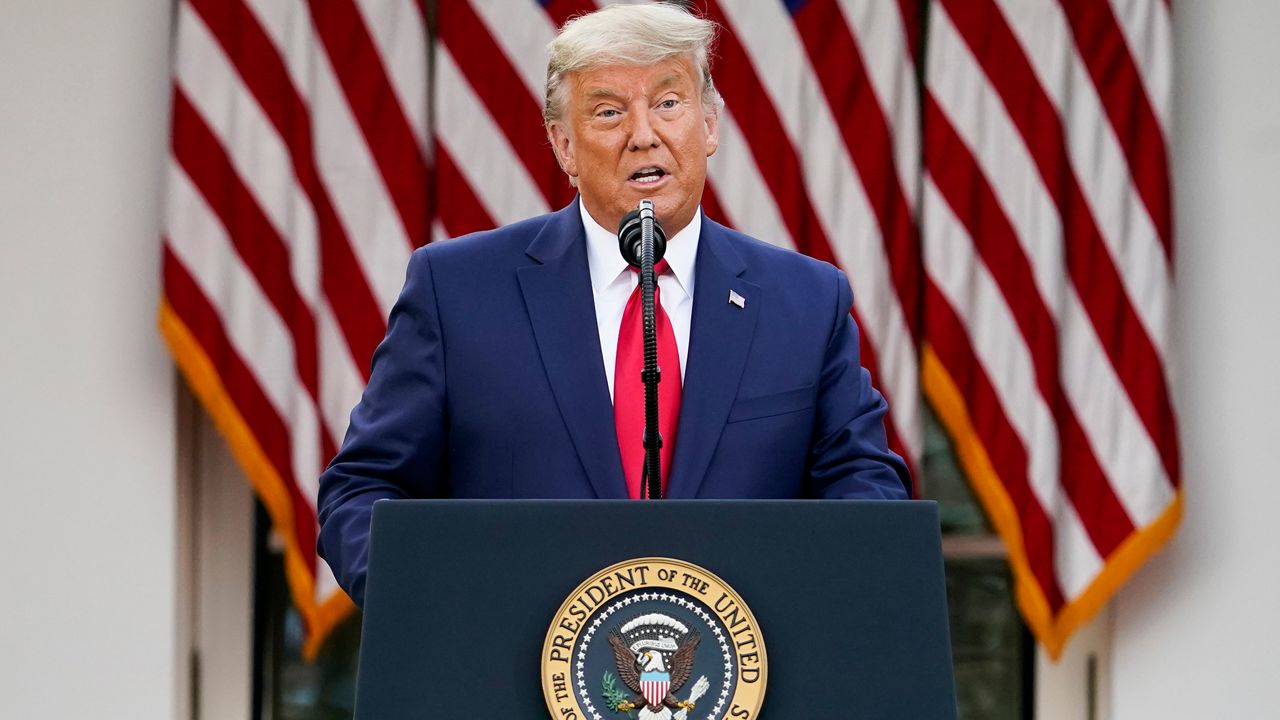 President Donald Trump said Friday that he would delay shipping a COVID-19 vaccine to New York state that is supposed to be approved in the coming weeks, until Governor Andrew Cuomo accepts it.

“We will not deliver it to New York until we have authorization to do so and it pains me to say so,” Trump said, pointing to the criticism Cuomo has made of the federal government’s vaccine distribution plan.

The New York governor had already announced in September that the state would carry out its own review of the vaccine’s safety and effectiveness, as well as developing a distribution plan.

“It’s a way to build trust,” Cuomo said in a later interview with MSNBC. “It’s not just New York, seven states have a panel to review it.”

As for Trump, Cuomo said, “Nothing he said is true … surprise, surprise.”

New York Attorney General Letitia James posted a message on social media stating that any attempt by the Trump administration to deny the vaccine to New Yorkers will be met with a lawsuit. “Stop playing politics with people’s lives,” he said.

Any attempt by Donald Trump to deny New York access to a lifesaving #COVID19 vaccine will be met with a lawsuit, plain and simple.

The president’s statement came in what has been Trump’s first public intervention after several days of silence – except for his Twitter account – after the election. Trump reported on the progress on the coronavirus vaccine and on the national distribution plan.

Earlier this week, the most promising news about the vaccine came when Pfizer announced that it had a vaccine that was 90% effective. So far, no vaccine has been approved for distribution.

Cuomo has criticized the Trump administration’s plan to rely heavily on private sector pharmacies like CVS and Walgreens to distribute a vaccine. At the same time, Cuomo has said that he is concerned that the federal government will look for personal identification numbers, which could lead to exposure of undocumented immigrants.

Cuomo has also raised concerns that a vaccine would be precipitated by Trump for political purposes and even questioned its safety.

Cuomo has formed a panel of experts who will decide in due course if the vaccine presented by Trump has gone through the appropriate scientific protocols.

Rich Azzopardi, the governor’s senior adviser, wrote on Twitter that Trump “has failed with his response to the pandemic, lied to Americans about how bad it was when he knew otherwise … he was fired by voters for his incompetence. The @ NYGovCuomo is fighting to ensure that the communities most affected by COVID receive the vaccine. The Federales (the federal government) have not provided any resources. “