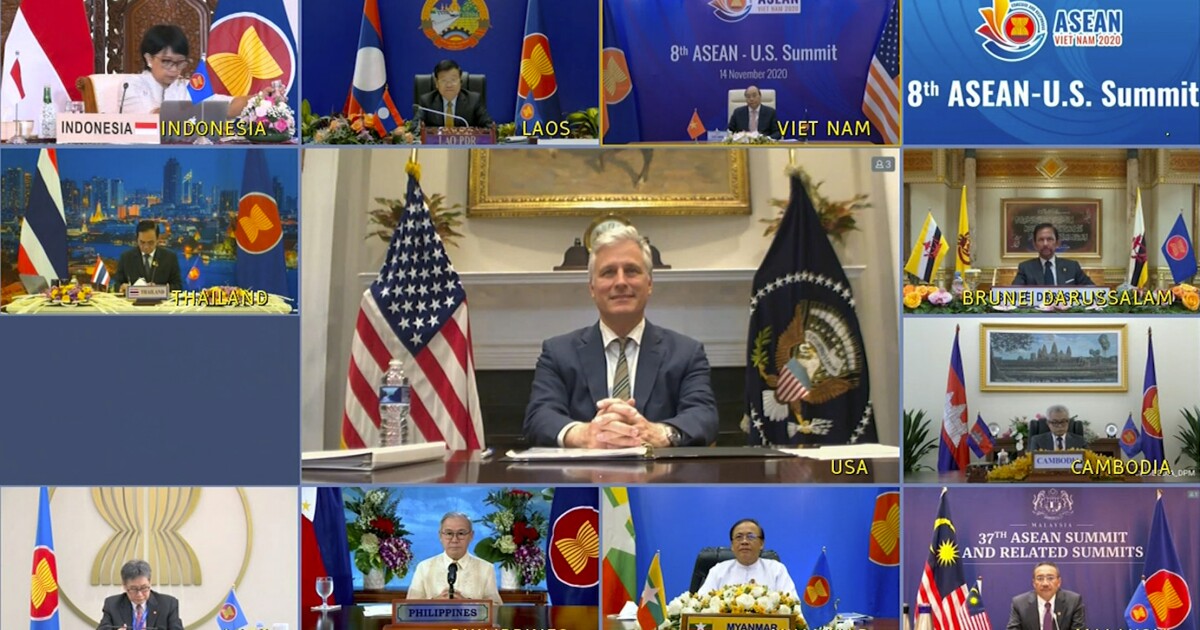 President Donald Trump abstained from attending a summit with his Southeast Asian counterparts for the third year in a row, while China, the United States’ great rival, prepares to expand its influence in the region with a major free trade agreement. .

National security adviser Robert O’Brien said Trump regretted not being able to attend the online summit with the 10-member Association of Southeast Asian Nations (ASEAN), but stressed the importance of ties to the region.

“In this time of global crisis, the US-ASEAN strategic partnership is more important than ever to the joint fight against the coronavirus,” O’Brien said at the opening ceremony, broadcast live to ASEAN members who followed her. from their respective countries.

Trump, who only attended the summit in 2017, was supposed to host a special meeting in Las Vegas in March, but the pandemic forced it to be canceled.

The president has focused on contesting the results of the November 3 presidential election, which he calls fraudulent. Most countries have recognized the victory of their Democratic opponent Joe Biden.

Still, the White House said in a statement that ASEAN is a central component of its plan for a “free and open Indo-Pacific,” its strategy to counter China’s growing influence.

That influence is about to be expanded with a free trade agreement to be signed on Sunday. The pact, which encompasses almost a third of the world economy, includes ASEAN countries, China, Japan, South Korea, Australia and New Zealand.

India withdrew from the plan last year, and the agreement also does not include the United States despite its trade with those countries totaling $ 2 trillion.

For his part, the UN Secretary General, Antonio Guterres, pointed out that the virus has infected 14 million people and caused more than 250,000 deaths in Asia. Some 39 million people could fall back into extreme poverty in East Asia, he warned.