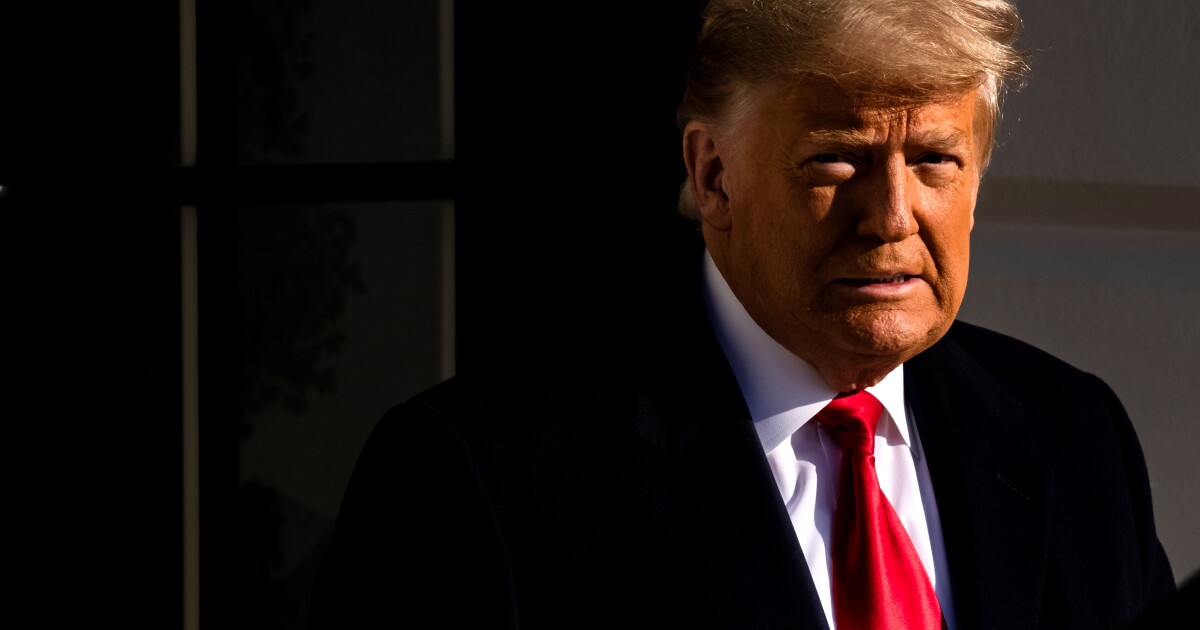 Trump does not accept responsibility for the attack on Capitol Hill, saying the speech to his followers was “totally appropriate.”

The president, in his first comments to reporters since last week’s attack, took no responsibility Tuesday for the deadly mob invasion of the building, but also said he wanted “no violence.”

Trump defended his fiery comments to a protest crowd last week as “totally appropriate,” and showed no remorse for the next attack, the most serious and deadly domestic incursion on Capitol Hill in the nation’s history.

The outgoing president considered “absolutely ridiculous” that he is going to open another impeachment in Congress for the assault on the Capitol last Wednesday and pointed out that it is causing “tremendous anger.”

Trump made these statements to journalists at the White House shortly before leaving for a trip to Texas, where he will visit the construction work on the border wall, and amid the political tension that the country is experiencing after the chaotic days of last week.

In his view, the impeachment announced by the Speaker of the House of Representatives, Democrat Nancy Pelosi, is “absolutely ridiculous” and “a continuation of the greatest witch hunt in the history of politics”, something that is causing “A tremendous anger.”

Democrats have said they will charge the president with “incitement to insurrection.”

When asked if he plans to resign, as requested by the Democratic opposition, Trump avoided giving a direct answer.

“We don’t want violence,” he said.

The US is experiencing an unprecedented moment of political upheaval after a mob of supporters of President Trump stormed the Capitol, leaving five dead, including a police officer.

Minutes before the assault, the president urged his followers to march towards Congress to show their strength.

This Tuesday he showed no signs of remorse about it: “People thought what I said was totally appropriate.”

Trump is living the last days of his mandate, given that he will cede the Presidency to Democrat Joe Biden, who won the elections last November and whose inauguration will take place in Washington on January 20 under a huge deployment of security.

With information from EFE.