The initiatives seek to match prices, for Americans to pay the lowest prices in the international market, and for patients, not intermediaries, to benefit from rebates and savings.

Donald Trump has announced this November 20 at a press conference at the White House “two innovative regulations to drastically reduce the price of prescription drugs for the American people”, especially for the elderly.

The US president has indicated that “the unprecedented reforms” that are being completed today “are the direct result of the historic executive orders on drug prices” that he signed in July. Trump added that his Administration had to go through a lengthy legal process to formalize the process while “the powerful drug lobby, Big Pharma, they pressure people in a way they wouldn’t believe. “

The first of the two texts envisages ending the agreement according to which intermediaries benefit from most of the discounts on drug prices, and making these savings go directly to patients.

“Currently, pharmaceutical companies offer great discounts in the price of prescription drugs, last year alone they included nearly $ 40 billion in rebates to Medicare Part D plans, “Trump explained, adding that” often intermediaries prevent these discounts from reaching patients“So the patients are now going to benefit from it, instead of those very wealthy individuals,” said the president.

According to the president, the measure will save patients up to 30% of the cost of medicines, although this saving “could be 40%, 50%, it could be much higher even.”

The second rule, which should be finalized in January, would allow the US government to pay the lowest available price for medicines according to most-favored-nation business standards, while currently having to pay what pharmaceutical companies demand, the president noted.

“Until now, Americans have often been charged more than twice for exactly the same drug as in other medically advanced countries. For example, Medicare Part B beneficiaries they are forced to spend five times more in a common breast cancer drug than patients from other countries“, Trump found. 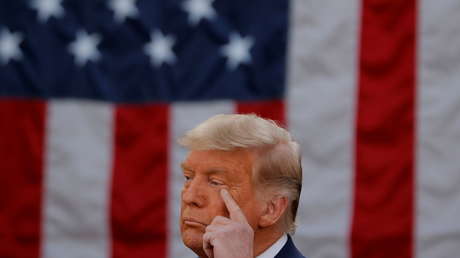 In addition, the president promised to end the “wrong” Initiative of Unapproved Drugs (UDI, for its acronym in English) of the Food and Drug Administration, which has been exploited by pharmaceutical companies to return to patent old drugs and increase their prices “between 1,000% and 5,000%”. “This program has also caused important drug shortages,” Trump said.

According to the administrator of the Centers for Medicare and Medicaid Services, Seema Verma, in addition to a savings of 28,000 million dollars in health care premiums for the elderly in the United States, the announced changes should allow the US Government save about $ 85 billion over the next seven years.

Pharmaceuticals will go to court

US Big Pharma has openly opposed the Trump Administration’s measures, which “seriously alter” their trade agreements, it reports. Bloomberg. According to the agency, lobbyists from the pharmaceutical industry is “strongly against” price matchTherefore, the lawsuits that seek to annul both rules are “almost guaranteed.”

The outlet has also recalled that on other occasions the judges stopped other Trump policies on drugs, including a regulation that should force pharmaceutical companies to include price information in advertisements.

If you liked it, share it with your friends!