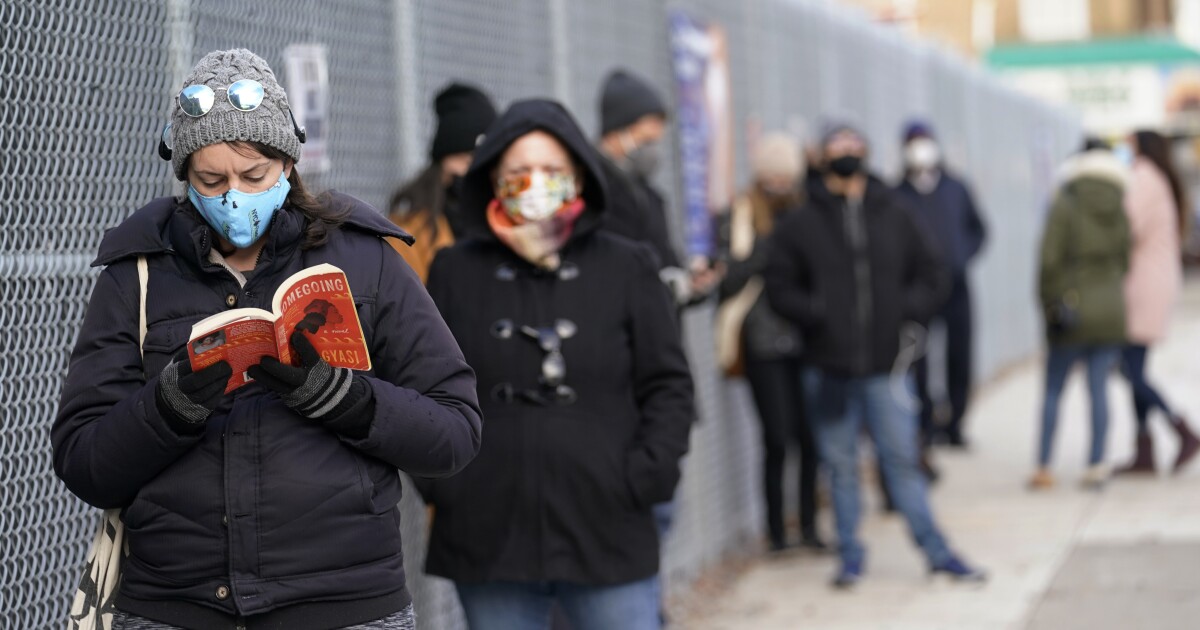 The increase in coronavirus cases in the United States is taking an increasingly bitter toll in the country, a week before Thanksgiving.

The nation now averages more than 1,300 deaths a day from COVID-19, the worst total since the peak of the crisis in New York City in the spring.

The total death toll in the United States has reached about 254,000, by far the highest in the world. Confirmed infections are already more than 11.8 million, after a record nearly 188,000 new confirmed coronavirus cases were recorded on Thursday. And the number of people hospitalized with COVID-19 exceeded 80,000, also a record.

Health experts fear that holiday trips and family gatherings will increase the spread of the virus. Many states and cities are imposing lockdowns and other restrictions. California declared a nightly curfew that covers 94% of the state’s 40 million residents.

The border county of El Paso, Texas, where more than 300 people have died of COVID-19 since October, is offering jobs at the morgue for people capable of lifting bodies weighing 80 kilograms (175 pounds) or more. Officials offer more than $ 27 an hour for work that they describe as not only physically demanding, “but emotionally as well.”

The county was already paying inmates $ 2 an hour to help move bodies, and it placed an order for at least 10 refrigerated trucks as they ran out of space in the morgues.

Deaths from COVID-19 in the United States are at their highest level since late May, when the northeast of the country emerged from the first wave of the pandemic. They reached a peak of 2,200 a day in late April, a time when New York City was the epicenter and bodies were being forklifted onto refrigerated trucks.

Amid the painful statistics, pharmaceutical company Pfizer said Friday that it asked federal regulators to allow emergency use of its vaccine, initiating a process that could make the first injections available in limited quantities starting next month. , probably with the priority focused on health workers and other high-risk groups.

But it could take months before the vaccine is widely available. Pfizer says the vaccine appears to be 95% effective in preventing disease.

In California, the curfew will be in effect in 41 of 58 counties. Its impact will largely depend on voluntary compliance. Sheriffs in some counties said they will not monitor compliance. According to the restrictions, people who do not perform essential tasks will have to stay home between 10 p.m. and 5 a.m.